1 The 1930s Ford Model A House Car Was Ford’s First Attempt at a Motorhome, Awesome

Remembering the Golden Sahara, the Most Famous American Custom and a Technological Wonder

The Golden Sahara started out as Barris’ own 1953 Lincoln Capri Hardtop, which he’d wrecked in a crash: Barris was towing a friend’s car, and both went under a hay truck bed. The now top-less Capri would serve as the base for the GS once Ohio-based businessman Jim Street came into the picture, offering to fund the project.

The Golden Sahara, the first iteration of the now-iconic build, was unveiled in 1954 at the Petersen Motorama held at the Pan Pacific Auditorium in Los Angeles. Street covered all the costs for the transformation, which totaled $25,000, and included a completely redesigned front and rear end, a wraparound windshield and custom bubble-top (which was removable), 24-karat gold details, and Barris’ first and very spectacular attempt at golden pearlescent paintjob, which he created using fish scales and, according to his own words, actually stank. Of fish, of course.

The interior was all real leather, with white mink carpeting on the floor and 24-karat gold trim. The dash included a television set and a telephone, and a bar was integrated into the rear bench. Further entertainment was provided by a radio in the dash, and there was also a tape recorder between the front seats.

The GS was a sight to behold, and the initial reaction to it convinced Street that he had a winner on his hands. This was the car of the future, and it looked the part, so Street would spend the next couple of years touring the country to show it off. In 1956, he started planning for further customization on the GS, which would only be completed a while later but turned the vehicle into the icon it is today. This second version, though still the same car, is known as the Golden Sahara II.

All work was done at the Delphos Machine and Tool shop in Dayton, Ohio, and it turned the GS into a technological wonder. Street spent another $75,000 on turning it into a real car of the future, with no less than four different modes of steering, autonomous remote control, and what is now described as a very early concept of radar braking and accident-avoidance, through radio antennas integrated into the gold-plated bumperettes.

The driver could control the car by remote, including braking and acceleration. But the GS could also be driven like a normal car (-ish), thanks to standard steering. Remove that, and you could drive it using a central stick steering like an airplane, which also included braking and acceleration. Push-button steering was also available, including on the passenger side, as was voice control. This was the late ‘50s, so if you’re feeling impressed, imagine how people felt about it back then.

Just as spectacular for the audiences at the time was the fact that the GS was rolling on illuminated tires, or what Street called “Gold Glass Slippers.” These were Goodyear Neothene synthetic rubber tires, solid and translucent, and illuminated in – what else – gold. Goodyear was trying to make these tires happen then, starting from the idea that illuminated tires would improve safety on the road by maximizing the visibility in bad weather. Another idea they wanted to test out was whether lighting up the tires when braking or turning would result in fewer accidents.

Street continued to tour the country with this improved version of the GS into the early ‘60s, but, at some point, legend has it, the car started to embarrass him because some of the stuff stopped working. Without a single word or explanation, Street retired it – and it would remain hidden and presumably lost for the next 50 years.

It was discovered in Street’s Ohio garage upon his death, but needless to say, it was far from what it used to be. In 2018, the Golden Sahara sold at auction for $385,000, including fees, and is, to this day, part of the collection of Klairmont Kollections.

Upon purchase, Larry Klairmont got in touch with Chicago’s Speakeasy Customs and commissioned them to restore the vehicle to its former glory. Goodyear got in on the deal and in a record three months, the GS was presented fully restored at the 2019 Geneva Auto Show as part of Goodyear’s special 120 Years of Innovation display. The “Gold Glass Slippers” now include LEDs and light up in whichever color you want, but the standard setting remains gold.

Reports say that the cost of the restoration alone was in the vicinity of $200,000. The car itself, without the history, is worth over $1 million in today’s money; that’s the $100,000 Street spent on it, adjusted for inflation. But if you factor in Barris’ involvement, the amazing work he did on the first version, and Street’s incredible contribution, you will easily come to the conclusion that the Golden Sahara is priceless. A most beautiful, ahead of its time, an advanced custom vehicle that has to be seen to be believed. 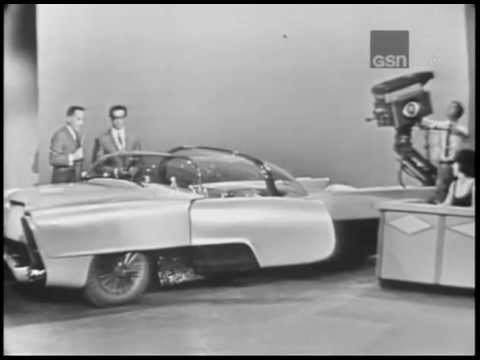 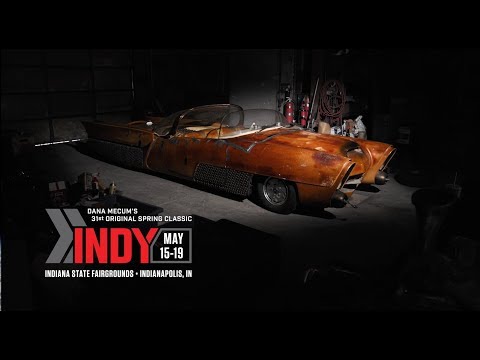 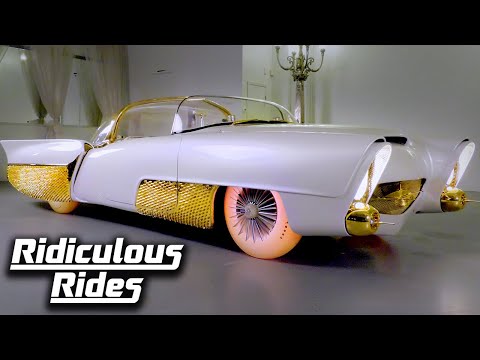 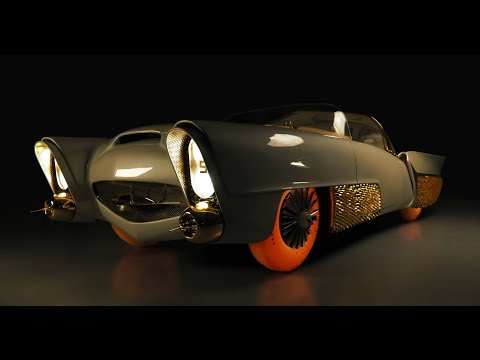