1 Tesla Full-Self Driving Beta Rollout Starts, Is "Slow & Cautious as It Should"

Regulators Are Keeping an Eye on Tesla FSD Beta, Some Aren’t Exactly Pleased

Earlier this week, Tesla has officially started the rollout of the Full Self-Driving Beta update, or what CEO Elon Musk likened to the final step toward full autonomy (though not in these exact words).
1 photo
Much like Autopilot does on highways, FSD Beta brings enhanced driver assistance, this time to city streets. For the time being, the upgrade is only available to a handful of drivers from Tesla’s early access program, all of whom have been described as expert drivers who are extra cautious.

For his part, Musk has offered assurances that the FSD rollout will take place slowly and with caution, “as it should.” In offering this upgrade, Tesla has become the sole carmaker to offer something close to self-driving ability on city streets to regular customers, as a beta.

For its part, the National Highway Traffic Safety Administration (NHTSA) says in a statement that it’s been made aware of the Tesla program and basically takes no issue with it. As long as testers don’t do something incredibly stupid like misuse it and cause accidents.

“NHTSA has been briefed on Tesla’s new feature, which represents an expansion of its existing driver assistance system,” reads the full statement to the media. “The agency will monitor the new technology closely and will not hesitate to take action to protect (the) public against unreasonable risks to safety.”

The NHTSA might be ok with this beta program, on this particular condition, but other industry groups are far from pleased with it. One of them is Partners for Automated Vehicle Education (PAVE), which comprises automakers (Daimler, Ford, GM, Audi, Toyota), tech firms (Cruise, Blackberry, Wayo, Nvidia) and industry groups (AAA, SAE International and Consumer Technology Association). In a separate statement, PAVE warns of the dangers of bypassing controlled tests for direct access to consumers, even if part of a beta program.

“Public road testing is a serious responsibility and using untrained consumers to validate beta-level software on public roads is dangerous and inconsistent with existing guidance and industry norms,” Ed Niedermeyer, communications director for PAVE, says. “Moreover, it is extremely important to clarify the line between driver assistance and autonomy. Systems requiring human driver oversight are not self-driving and should not be called self-driving.” 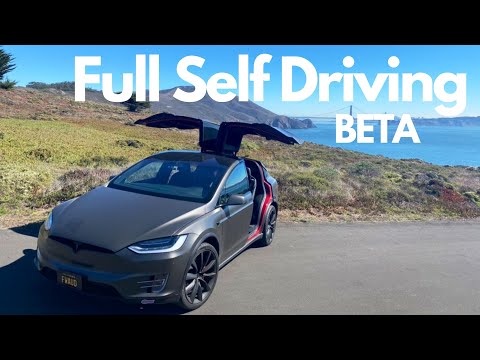