Vault Find 1967 Chevy Corvette Only Shows Up for Auctions, Here It Goes Again

Here’s an interesting, but perhaps little-known fact: two-thirds of the aviation impact on climate change actually come from non-carbon-dioxide emissions, in other words, the aircraft contrail. This is why an essential part of the climate change strategy is related to contrail prevention, which is what the German Aerospace Center (DLR) has been focusing on.
6 photos

Why is contrail a negative thing? As the name suggests, this is the result of condensation plus the aircraft trail, which occurs at lower temperatures. The water vapors that are released by the aircraft freeze around soot particles, which then turn into layers of Cirrus clouds.

These clouds protect the Earth against radiations during daytime, but after four P.M. they keep the heat “trapped” under them, which contributes to the greenhouse effect. This phenomenon only occurs between certain flight levels, which is why flights in ice-super-saturated regions need to be controlled, to prevent the formation of contrails.

EUROCONTROL, a European organization dedicated to supporting aviation safety, has partnered with DLR, through its Maastricht Upper Area Control Center (MUAC), to conduct an innovative live operational trial for contrail prevention. The trial unfolded over the past ten months, involving more than 200 aircraft trajectories.

Trial runs were operated on specific dates, after six P.M. and at night. Specialists from MUAC and DLR used predicted weather information, related to ice-super-saturated regions and clouds, to determine the areas with high risk, and then instructed flight controllers to avoid those specific areas, through “vertical clearances of up to 2,000 feet.” This was used to establish a contrail prevention system, validated through satellite image analysis, performed by DLR.

The project’s objective was to evaluate the efficiency of vertical contrail prevention at specific loads, as well as the accuracy of ice-super-saturated region forecasts.

According to DLR, this trial is just one piece of the bigger puzzle, when it comes to climate change, but it’s a milestone for contrail prevention, which could lead to important changes in aviation, in the future. 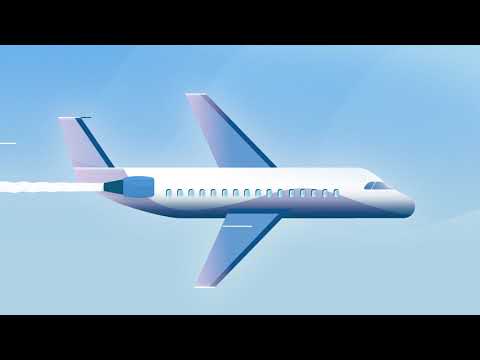