3 Jeff Gordon to Accept Salary Cut to Save Performance 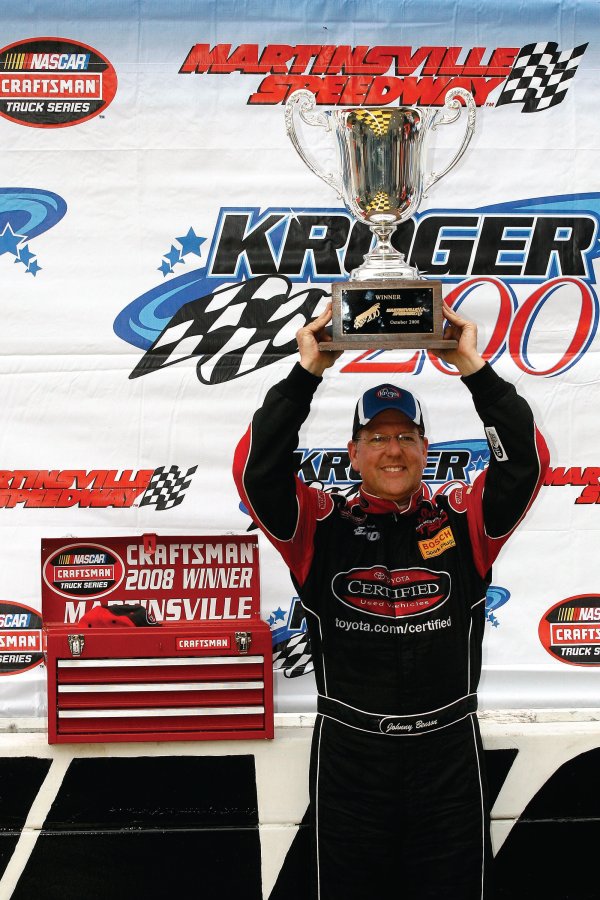 Red Horse Racing have hit the jackpot for their 2009 Camping World Truck Series campaign. The team have officially announced the signing of defending series' champion Johnny Benson for the upcoming season, with David Starr also part of RHR's roaster for 2009. The team will therefore expand to a 2-car effort for next year.

“I couldn't be happier than I am joining Tom DeLoach and Red Horse Racing for 2009. Tom has a long history in the sport and has always done things the right way. He has built a great racing team. The shop, the equipment and the people are all top notch.”

“I'm looking forward to teaming up with David [Starr] too. He's always been a hard competitor on the track but he's a lot of fun to be around. I can tell we're going to have a lot of fun in 2009. We're going to enjoy the offseason -- I've been looking forward to spending time with my family and working on some of my other racing projects during the winter -- but I can't wait to get to Daytona and get the season started,” stated Benson after the official announcement was made.

Benson has won his maiden Camping World Truck Series title last year, after finishing the season with 5 wins, 14 Top 5s and 18 Top 10s in 25 starts. Joining him at Red Horse Racing will be current crew chief Trip Bruce, with whom he has ended the last 2 seasons in the series inside the overall Top 3.

“Johnny is one of the most accomplished drivers in NASCAR. He's won races at every level and he has won championships all the way back to his ASA days. On top of that, he's a fantastic guy that is tremendous with sponsors and he has a huge fan following. We're looking forward to getting him on the track in the No. 1 Tundra and picking up right where he left off in 2008,” said team owner Tom DeLoach.

Benson will be driving the No. 1 Toyota Tundra during next year's Camping World Truck Series, while teammate David Starr will continue to compete as the No. 11 Toyota entry in the series.