1 Celebrations Begin in Las Vegas, F1 Is Taking Over With Neons and Glorious V8 Noise

Home > News > Auto Events
Sebastian Toma
Red Bull Racing has done yet another stunt with a Formula One racing car. This time, the team took its RB7 racer, used in the 2011 Formula 1 season, to Eastern Europe for a show run on the highest mountain roads in the Carpathian Mountains. Unlike its usual Red Bull Racing Show runs, the audience was reduced to just the production team.
51 photos

As you will observe in the video below, and in the exceptional photos in the gallery, the route is picturesque, and the team set about to integrate several elements into the video past the obvious – an F1 car and a nice road. In case you are curious, the route in question is called Transalpina, it's in Transylvania, the land of Dracula, and it can be located on a map if you look for DN67C all the way in Romania.

The former F1 car that was driven to a Driver's World Championship victory back in 2011 by Sebastian Vettel had a different athlete behind the wheel this time. It was Patrick Friesacher, the first who graduated from Red Bull's Junior Academy and went on to race in F1 for Minardi.

Friesacher was happy to find a new road in a country that was new to him, and he described the entire thing as a unique experience thanks to the numerous corners, as well as the challenges that he encountered along the way in the RB7. He met a Dracula wannabe with a skateboard, a shepherd, and wedding participants dancing in the middle of the road.

The RB7 debuted on the Circuit Ricardo Tormo in Valencia, Spain, and was first driven by Sebastian Vettel. The German racing driver is known to have a habit of naming his racing cars, and his RB7 chassis was allegedly called ""Kinky Kylie." Back then, the RB7 was a Renault-engined race car, and it had the statute of a full-works efford for the French outfit. The Renault RS27-powered car obtained 650 points over the course of the season, got Red Bull the constructor's title, and earned Vettel one of his Drivers' World Championship titles.

Returning to the story, the Red Bull athlete met up with several others, including Toma Coconea, who is known for his participation in Red Bull X-Alps, which is an extreme event that involves climbing mountains, paragliding, and traveling long distances by foot. Motorcycle stunt rider Aras Gibieza of Lithuania was also present at the site for some fun.

According to Red Bull's Content Pool, the footage was filmed back in September 2022. It was revealed on December 1st, which is the Great Union Day in Romania, and it looks like a fitting tribute.

If these images make you want to visit and enjoy this road, as well as the nearby Transfagarasan of (old) Top Gear fame, you should know that both are mountain roads that are closed to traffic during the winter. Usually, these stay open from May to October, but it depends on the weather, so plan with some help from the internet. 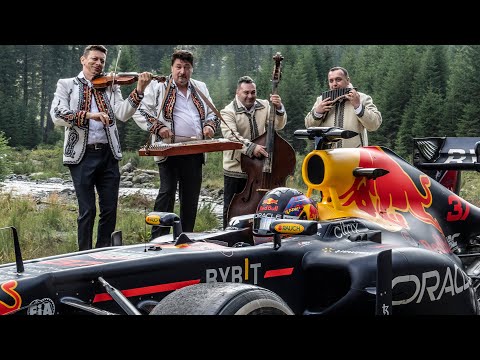