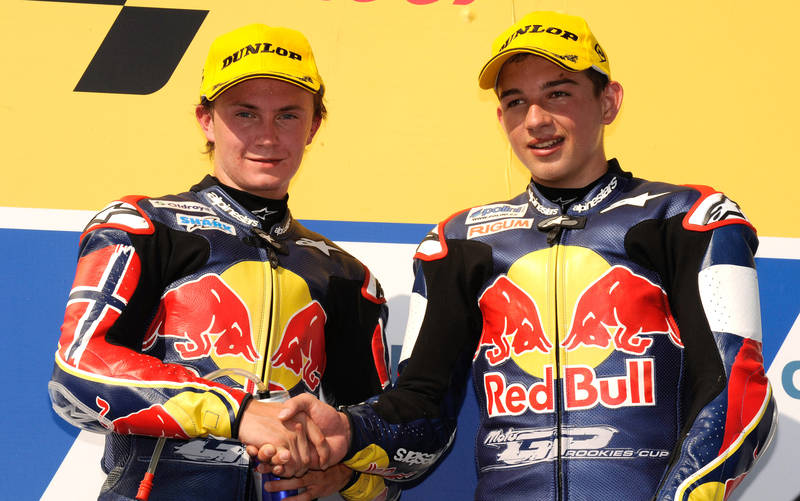 Jakub Kornfeil and Sturla Fagerhaug head for the 2010 125 World Championship, KTM announced today. Kornfeil, the 16-year-old Czech rider who won the Rookies Cup by just 2 points, has signed for Racing Team Germany, while Fagerhaug, the 18 year old Norwegian, runner up in the Rookies Cup, will race for the I.S.P.A. Ongetta, Worldwide Race Team.

Kornfeil knows very well that the step into the World Championship will be tough. "I know that the competition will be very very hard. At the moment it is impossible to say what I can do. We should know more after the pre season tests, at least then I will have ridden the bike and have a little more idea," the Czech said.

"I don't know if it will be possible to finish in the points every weekend, it will not be easy. I just know that I will give it my maximum effort and that I have a good background after my two years in the Rookies Cup. If I can finish the season in the top 15 in the World Championship I will be very happy and so will my team," Kornfeil added.

Heidolf is very clear on what Kornfeil is capable of, "I was happy to sign him because he is fast, young and very clever. This is his first year in MotoGP 125 cc and it's a learning year. We have a 2 year contract. The results must be step by step better and better. In some races I think he can run in position 10 to13. This is the plan for the first season. We will fit in as many races as we can also outside the GPs, the German Championship race at Sachsenring for example and anything else we can do to gain experience."