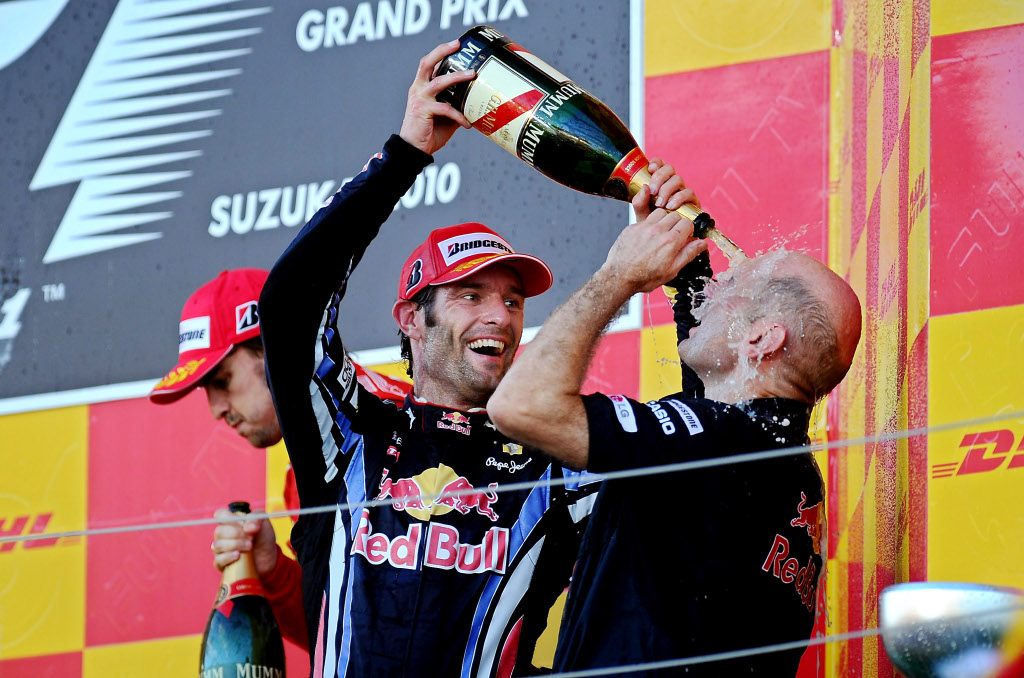 Red Bull are set to continue their domination in Formula One. And that's not because they already have a competitive package to build on for the upcoming campaign – as important as that is – but because their chief designed Adrian Newey has no plans to leave the Milton Keynes factory any time soon.

“I'll be at Red Bull for a while to come,” admitted Newey after celebrating his first ever world championship title with Red Bull, at Interlagos.

Arguably the best paid employee in the Red Bull organization, Newey is worth his money (and that's an understatement). Building the Austrian team from the ground up, the design guru has turned the former Jaguar Racing Team into a title winning squad, after having previously conquered manufacturers titles with Williams and McLaren.

“Red Bull are a great company and they're interested in many different areas. Maybe in the future we can do something different, but in the near future it's Formula One still,” added the 51-year-old aerodynamicist from Britain.

Prior to the Brazilian Grand Prix last weekend, Red Bull's owner Dietrich Mateschitz hinted that Red Bull may even become an engine maker in the series for the future, which is probably what Newey had in mind when admitting “something different.” However, that move would only take place from 2013 onwards – if the rumors are true – as Red Bull has just signed an extension to their current engine deal with Renault until the end of 2012.