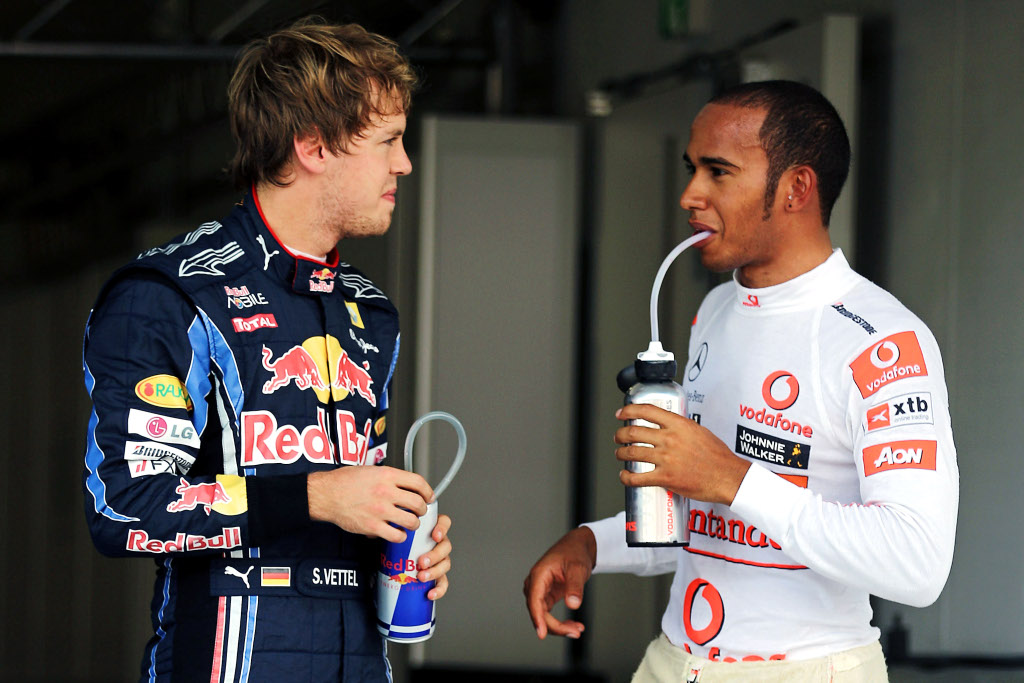 Lewis Hamilton may have reiterated his love for McLaren Mercedes in recent days, especially after the team provided him with a decent car for the season opening Australian Grand Prix, but Red Bull Racing are still keeping the 2008 F1 champion on their list when it comes to potential replacements for Mark Webber.

The 34-year old Australian is currently in his last year of contract with the Red Bull organization, and his future at Milton Keynes, as it happened in the last couple of years, will be decided based on his performances until midway through the ongoing campaign. However, should it not work out the Webber's way, Red Bull will apparently look into McLaren's stable for Vettel's future teammate.

“First we have to see how the season goes for Mark and what he decides,” said Red Bull's motorsport advisor Helmut Marko, the man who has the last saying in the team's drivers lineup and is team owner Dietrich Mateschitz's right hand on motorsport-related issues, in a recent interview with the Sport Bild.

“Definitely with his aggression and his speed, Hamilton must always be a topic,” he added, making it official that Red Bull is eyeing Ham in the future. “Our philosophy is to have the quickest drivers together in our team.”

Even though teammate Jenson Button advised Hamilton to stick with McLaren for the long run in Formula 1, F1 chief executive Bernie Ecclestone would too fancy a Hamilton-Vettel lineup in the future. A few months before the start of the 2010 season, he named the two his personal favorite drivers in the series.

“Both of them are a gift for Formula One, even more if they were in the same team,” said Ecclestone.

A few days ago, in his attempt to convince the McLaren fans that he's not thinking of switching to another team, Ham rated Red Bull as just a “energy drinks company” which has no chance of comparing itself to the big guns of Formula 1, Ferrari, McLaren or Mercedes. In addition, his move to Red Bull would not be possible in 2012, as Ham's deal with the Woking based team runs until the end of next year.