2 An Extensive Refit Brings Back the Glam of a Classic Yacht, Including Its 1930s’ Engines

BMW 8 X Jeff Koons Heading to Australia in Q3, Only ONE Copy Will Be Sold There

Few other James Bond fans have dedicated as much time, thought and money to their passion for the fictional spy as car and business magnate John Staluppi has. Staluppi has owned 21 yachts named after James Bond films and characters, but none other is more memorable than Octopussy, formerly the world’s fastest superyacht.
13 photos

Octopussy is an old vessel, commissioned by and delivered to Staluppi in 1988. Built by Heesen Yachts, with an exterior design by Frank Mulder and Gerhard Gilgenast, the goal for this 44-meter (144.5-foot) luxury yacht was a very ambitious one from the start: to be the fastest in the world and break the 50-knot (57.5 mph / 92.6 kph) barrier.

This was achieved shortly after delivery, after modifications done to shave even more weight following initial sea trials. Staluppi could now boast of owning the fastest superyacht of the time, which also happened to be a beauty: Octopussy had hit 53.2 knots (61.2 mph / 98.5 kph).

Octopussy last sold in February 2021 for an undisclosed amount (but it was asking $3.9 million). Its new owner wants to restore the record-breaking vessel to its former glory, so it’s been brought in for a refit at Safe Harbor Lauderdale Marine Center in South Florida, U.S., Superyacht Times reports. Starboard Yacht Group is handling the refit on behalf of the owner, and a deadline has been set for early 2023.

The refit will focus on stabilization and performance, with the goal of making Octopussy crazy fast again, preferably without compromise on the original design. The refit will include the installation of 3 Seakeeper gyro-stabilizers, Humphree’s trim and stabilizing system, and a new propulsion system, the trade publication reports. Mulder Design, which penned the naval architecture, is involved in the project.

In addition to stellar performance on the water, Octopussy is ultimately a pleasure boat. It can accommodate up to 10 guests in five cabins and comes with a colorful, very James Bond-esque formal dining room and a comfy beach club with jacuzzi. 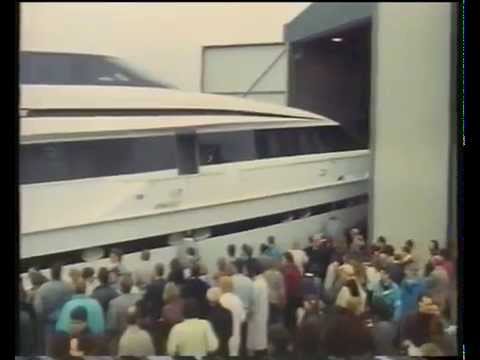