1 In a Historic First, an Autonomous Military Ship Fires Missile in Coordination With Drones

Two of the most important directions in the maritime industry have met in a one-of-a-kind project, which is about to set the world record for the longest autonomous mission at sea, also powered by biofuel. Nellie Bly will be known as the first tugboat that’s both autonomous and sustainable, which successfully accomplished a 1,000-mile trip.
7 photos

The Nellie Bly tugboat, named after the pioneering journalist who traveled around the world in 1889, is almost at the end of its 1,020-nautical mile voyage, which began in Germany, with several stops in Denmark. Interestingly enough, this European, record-breaking journey is actually being controlled from more than 3,600 miles away, in the U.S. The project is called The Machine Odyssey, and it was developed by Sea Machines, a Boston-based company specializing in autonomous systems for the maritime industry.

The innovative tugboat began its autonomous voyage at the end of September, equipped with the Sea Machines SM300 technology that includes computer vision, obstacle detection features, remote payload control, plus several specialized cameras and radars. U.S. Coast Guard-licensed officers, at the company’s control center in Boston, are in charge of commanding operations for Nellie Bly, as it makes its way through Europe.

But there’s another remarkable fact about this autonomous tugboat – it also aims to be sustainable, by using safer alternatives instead of conventional fuel. The company announced that it has been using renewable Hydrotreated Vegetable Oil (HVO) biofuel, produced by Bunker One in Denmark, as the main fuel for its autonomous boat.

At the stops it made throughout Denmark, the boat was refueled with HVO biofuel, which is supposed to reduce toxic emissions by 90%. This sustainable alternative represents around 70% of the fuel used by Nellie Bly throughout its journey. At the end of the pioneering trip, the Sea Machines’ boat will have consumed around 4,000 liters of biofuel.

The entire record-breaking voyage, which combines long-range autonomous boating with sustainable fueling, has been streamed in real time, on the Machine Odyssey dashboard, available here. 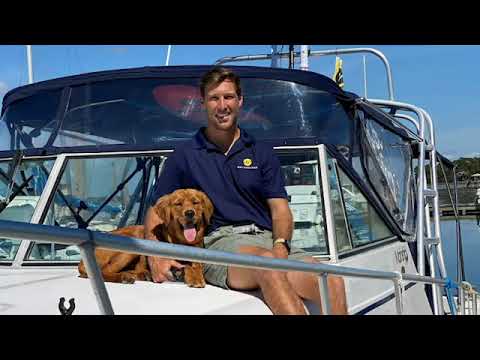