If you’re still on the fence about EVs because you think they won’t stand the test of time, look no further than Germany, where a record-breaking Tesla Model S is pushing for the 1 million mile record.
1 photo
Hansjörg von Gemmingen is a second-time Tesla owner, and he’s been driving his Model S since 2014. It’s the Tesla that has been certified by the Guinness Book of World Records as the first EV to cross the 1 million kilometer (621,371 mile) landmark back in November 2019. This Tesla is still on the road, still racking up kilometers / miles, still pushing for another record.

When von Gemmingen got his Model S, he’d already driven a Roadster for a while. In fact, his was the 83rd Roadster delivered to Europe, and he drove it for 100,000 km (62,137 miles), being the first Tesla owner to reach this milestone.

The Model S P85, one of the earliest to come out of Tesla, was a 2013 model used as demo vehicle, with already 30,000 km (18,641 miles) on the odo. All the others up to 1 million were put there by von Gemmingen. During this time, he had one battery change and three new electric motors, with Teslerati noting that they were all covered under warranty, so it was minimal expense for him as owner.

From the onset, von Gemmingen said that he was more than just an EV or Tesla enthusiast: his goal was to shatter EV myths by proving their reliability in real life. Being a stockbroker allows him to travel an average of 600 km (373 miles) a day, so this was the perfect setup to get to work on busting those myths. 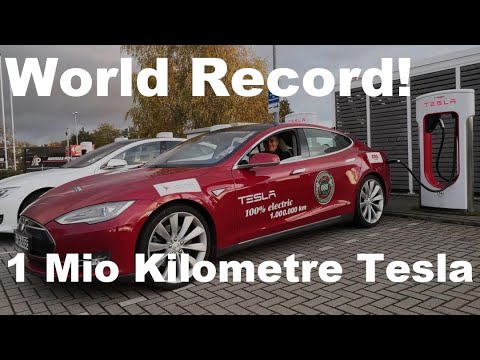