Home > News > Videogames
Cosmin Vasile
Real Racing 3 has been on fire in the last couple of months, as developer Firemonkeys Studios has been delivering chunky updates full of great content. This month marks the start of Round 2, which brings not only new cars, but also a bucketload of special events, races and prizes to earn by collecting VP.
6 photos

First off, update 9.7 introduces three new cars: Porsche 911 Turbo S, BMW M3 (E30), and Chevrolet Corvette Grand Sport. The former can be purchased for 725 gold, while the other two can be had for free by earning VP within Round 2.

The update also introduces a few car changes, so expect the Ferrary 250 GTO to cost M$, along with any of the upgrades that previously cost R$. Also, the McLaren 765LT’s performance rating has been corrected to now properly reflect its value.

Just like last month, Real Racing 3 players are getting some new Formula 1 content in the form of new races. Update 9.7 introduces the 2021 Season of Formula 1 in Italy and Singapore. The former will be available to start from September 9, while the latter will be available from October 1.

Furthermore, flashback special events are making a comeback. Aggressive Ambition (September 12) and Pinnacle of Performance (September 24) events will reward the Koenigsegg Agera RS and McLaren Senna GTR. What’s great about these flashback special events is that even if you’ve already played them and earned their Stage rewards, you can still play them again and earn the alternative reward: 50 Gold, R$ 200,000, 5,000 VP.

Last but not least, the latest update introduces the option to switch between Rounds in the Round Hub, so Real Racing 3 players will be able to access any content from previous Round and earn VP and rewards they might have missed. 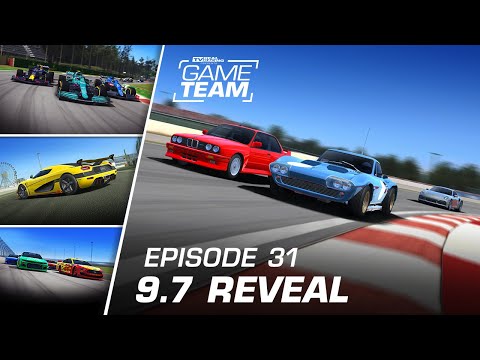