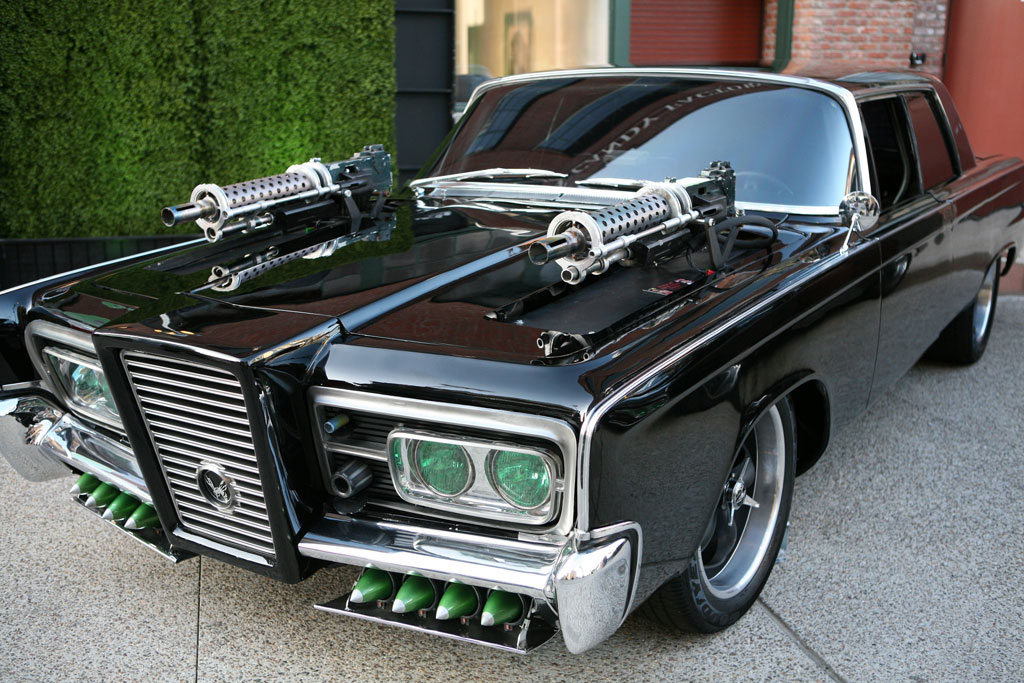 The Black Beauty Chrysler Imperial Crown will take a leading role in the 2011 3D action movie The Green Hornet. Carl’s Jr. and Hardee’s restaurants have announced today the Green Hornet Black Beauty competition in which people will have the chance to win an actual, real life model of the movie star.

The car is largely based on the Chrysler Imperial Crown which was produced between 1964 and 1966. The actual car used in the movie had a brand-new supercharged engine, stunt-ready accessories, prop weaponry, hood guns and front and rear bumper rockets.

“The Black Beauty car is really one of the stars of the film, and now one lucky guest will be its owner. Whether you are a fan of The Green Hornet, a vintage car buff, or just want to take it out for a spin to your local Carl’s Jr. or Hardee’s, this is a unique opportunity to own a piece of Hollywood history. Of course, we will be giving the winner the option to get the Black Beauty either in its fully weaponized mode, with non-functional machine guns and rocket launchers, or in its street-legal mode with no visible weapons. Either way, it’s a sweet ride,” he also added.