Looking back at Toyota’s history, some might be very tempted to say that the company mostly made dishwashing machines on wheels, soulless appliances made just to work properly and take you from point A to point B daily not offering any thrill or drive engagement at all.
1 photo
While the statement might be right for some models, no one can label the Toyota 2000GT and the Lexus LFA that way, as these two sportscars from very different eras are representing the automakers greatest achievements in style and performance.

Counting only 337 units ever made, the 2000GT coupe is so rare that wining the lottery seems more plausible than seeing one on the streets. The LFA supercar was also produced in a 500 unit limited run. Still scarce, but people actually drive them from time to time and you have higher chances seeing one.

However, each of these cars have a unique open top version which is almost a legend. One single Toyota 2000GT went drop-top specially for the You Only Live Twice Bond movie, just because Sean Connery was too tall to fit the coupe.

The LFA, on the other hand, got a Spyder version because of a rich owner. He converted a standard one into a roofless roadster that can be driven only in nice weather, simply because it has no folding hard or soft top. 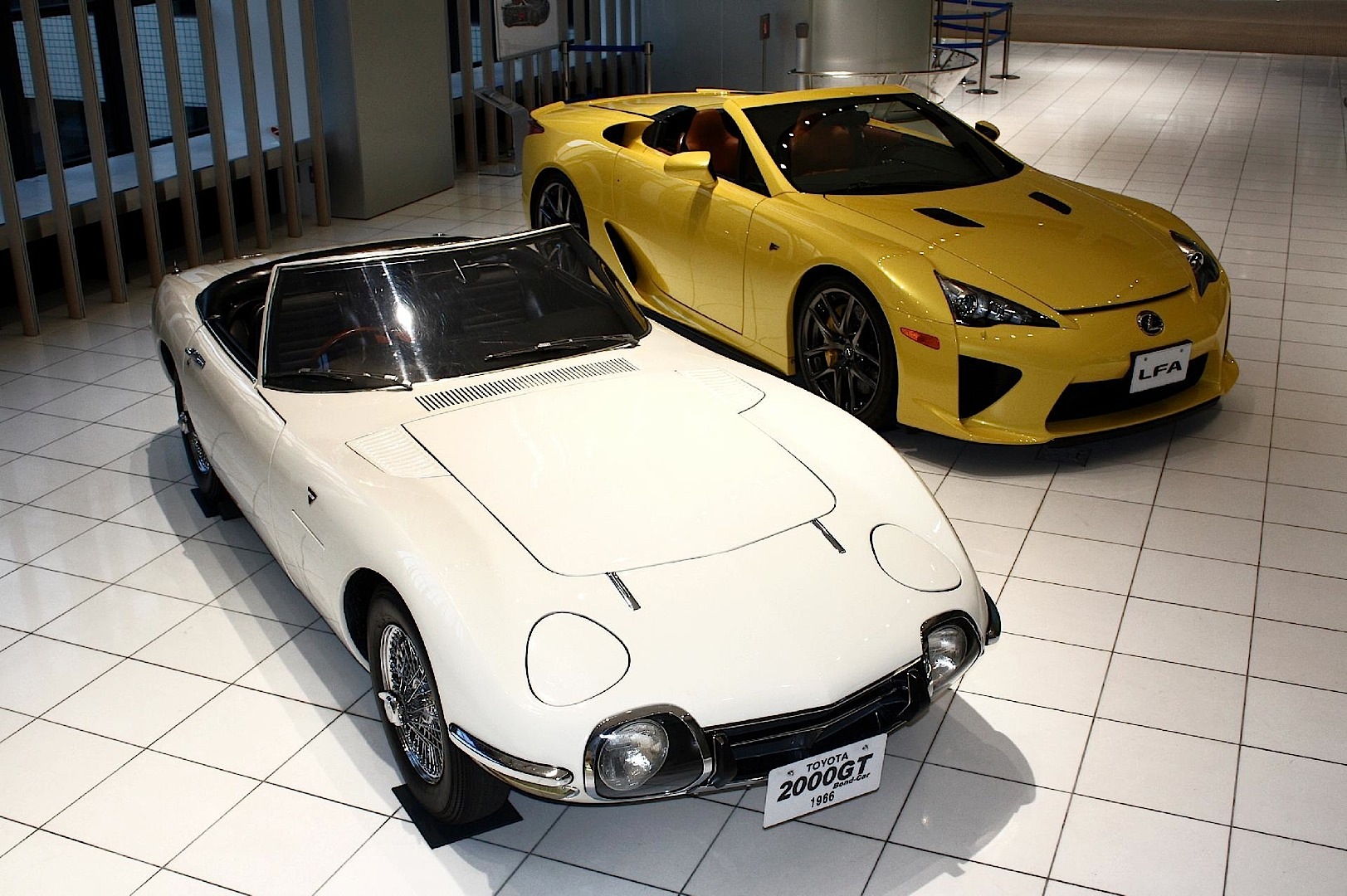 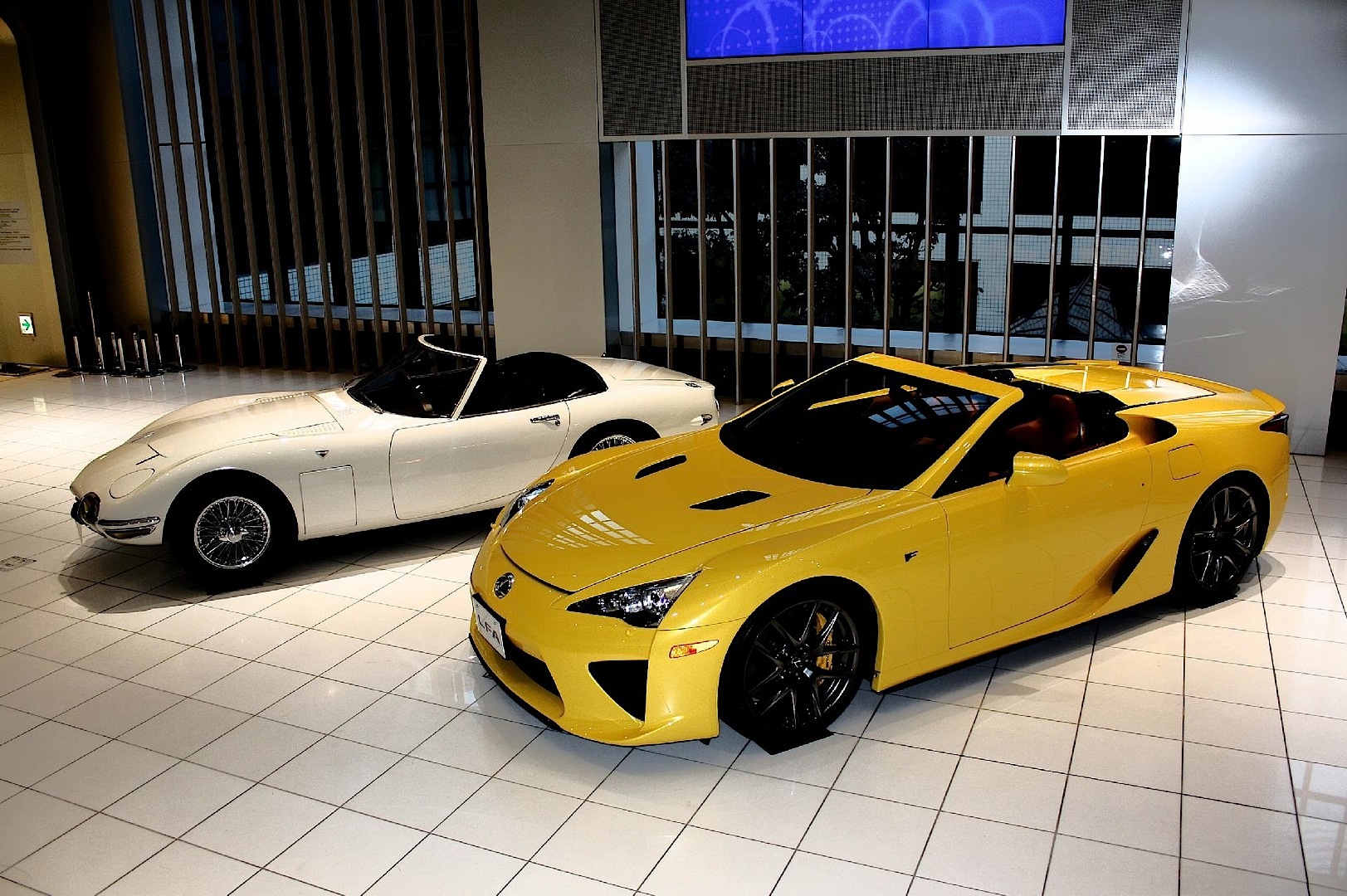 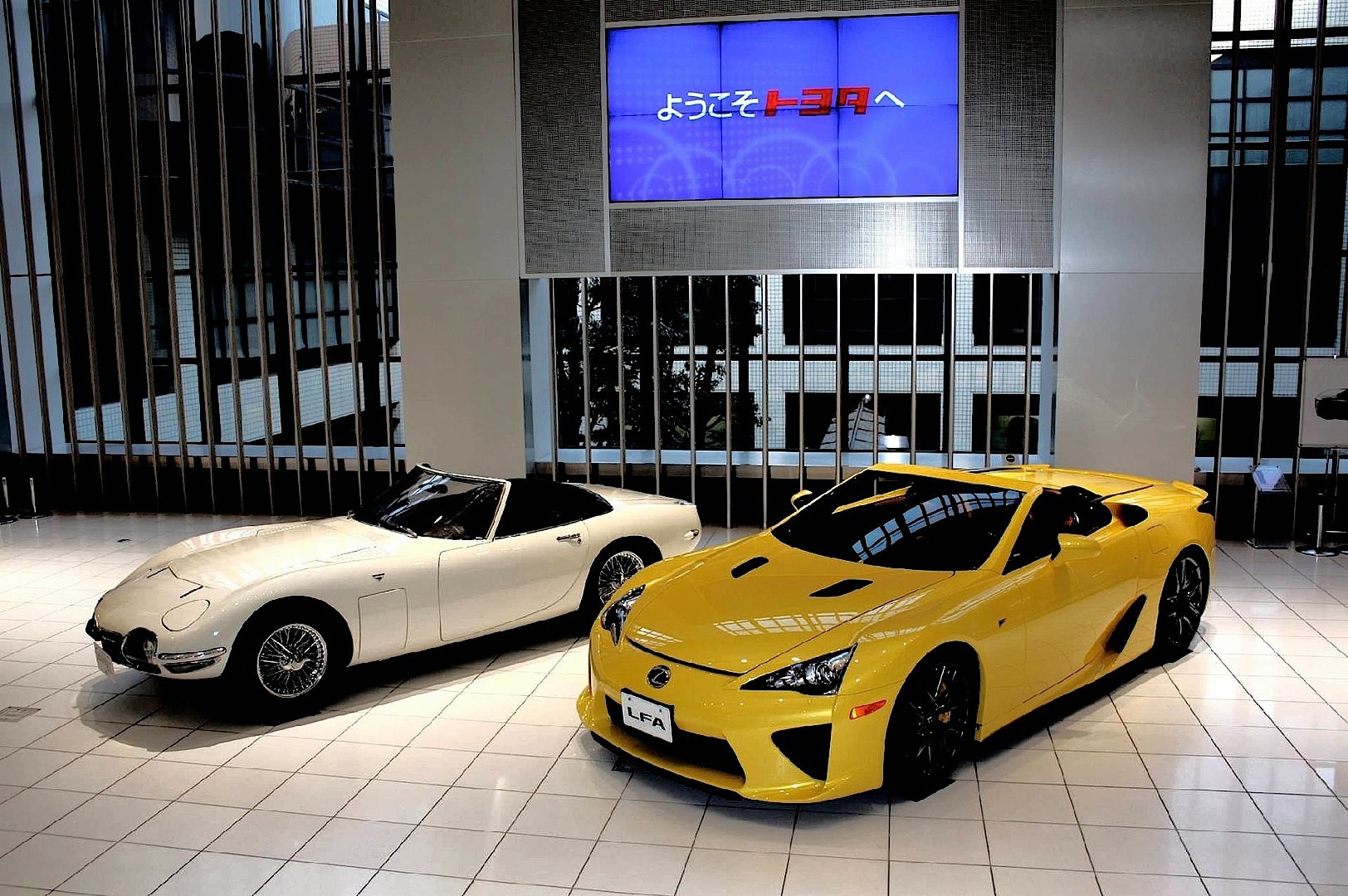 However, there is another open top Lexus LFA, which was probably made by the company itself as a showcar, since its currently parked near its roofless 2000GT sister under the same roof of the Toyota Kaikan Museum in Toyota City, Japan. The two unique models now show that, despite a 47-year age gap, great design does not change.