2 Toyota Goes Nostalgic Over the Sports 800

4 Another Toyota 2000GT Goes Under the Hammer

Among the flashy rides you’ll see this year at the Los Angeles Auto Show, there will be a special one from Toyota... One that you might not even know.
1 photo
We’re talking about the limited-production Toyota 2000GT, a true sportscar and looker that Toyota made in the ‘60s.

Designed in collaboration with Yamaha, the 2000GT was first displayed to the public at the Tokyo Motor Show in 1965, entering production in 1967 and exiting in 1970, after only 337 units made.

The sports coupe was offered with a 2-liter straight-six engine based on the one in the Toyota Crown sedan at the time, but there were also nine special MF-12 models using bigger 2.3-liter engines.

Although not quite as well known to the general public as later Japanese sports cars like the Nissan Z, the 2000GT is regarded by many collectors as possibly the first highly collectible Japanese car.

And you can tell how much careful you need to be around one of these from the video bellow, showing its arrival at the LA Show. 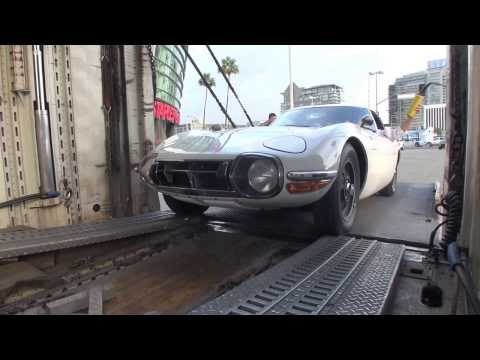