5 Lotus Evora Offered as Hertz Rental Car
Up Next 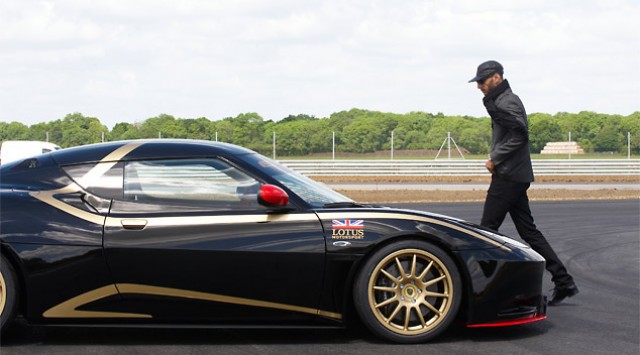 Lotus has made plans for a change in matter of looks just like other manufacturers had been revived with the magic touch of an artist. This stunt had been made not so long ago be Land Rover, who teamed up with Victoria Beckham. Lotus has also announced on Monday that it has hired Grammy-winning rapper and producer Swizz Beatz to be part of the team and serve as high-profile consultant.

"The key is to infiltrate the market in a cool way," Kaseem Daoud Dean (Swizz Beatz) said in a Lotus video showing the rapper’s first day at work. He also added that the best is for “things to happen organically. He's a risk taker with considerable credentials, including music producer, rapper, designer and painter, He's the perfect man to add to the Lotus lineup," the British sportscar maker says.

The Lotus Exige Matte Black Final Edition is the last one of the Lotus cars “as we know them,” according to Kevin Smith, Lotus spokesman. He also added that successors to the Lotus Exige and Elise will not appear until 2015 model year. It's also worth mentioning that this week at Pebble Beach festivities the Exige matte Black Final Edition will make their appearance.

The stunt is expected to be a success judging by the previous experience which involved bringing former Spice Girl Victoria Bckham to serve as a creative director for Land Rover, leaving her mark on the Evoque. Thus Lotus has the runway clear for takeoff.