The famous FA-18 Hornet fighter aircraft became the main toy for the UK’s Royal Air Force (RAF) Regiment personnel during exercise Eagle Landing. These specialists were deployed to the U.S. in order to sharpen their skills related to controlling the Hornet aircraft in complex training scenarios.
8 photos

RAF Controllers and Signallers took a trip to the U.S. Naval Air Warfare Development Center in Nevada, to join their American counterparts on an intensive training called Eagle Landing. These highly-skilled military men, officially called Joint Terminal Attack Controllers (JTACs), have a very important job – they are the ground troops responsible for directing and controlling combat aircraft that are engaged in close air support operations, from a remote location.

During the training held at the Close Air Support ranges, the JTACs had to put their skills to the test, in challenging combat scenarios. For example, they had to coordinate up to eight aircraft at the same time, making sure that things go smoothly (what is known in the military as deconflicting). This was done while also integrating rotary wing and indirect fire, according to Flight Lieutenant Horstwood, one of the RAF Controllers.

The exercise itself was not only a great chance for the RAF personnel to practice their skills on foreign aircraft, but also provided access to a complex battle space, with the most sophisticated threats, unlike the UK, where the training areas are smaller.

The FA-18 Hornet was America’s first all-weather fighter and attack aircraft, and today it is still considered the workhorse of Marine Corps aviation. In 1999, it was joined by the FA-18 E/F Super Hornet, boasting even more capabilities – from surveillance and aerial refueling to close air support and day/night precision strike. The single-seat FA-18E and the two-seat FA-18F are twin-engine, multi-mission tactical aircraft that will eventually replace the first Hornets after their retirement. 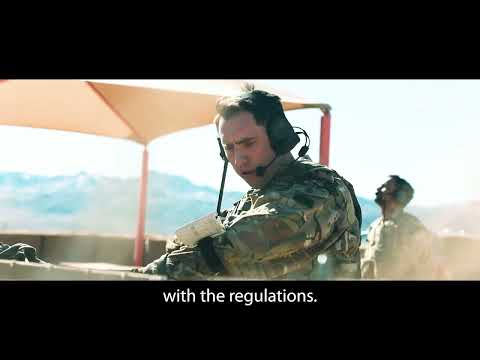