House of Harley-Davidson Is an Essential Business, Remains Open

In these troubled times when social distancing has become norm due to the new Coronavirus pandemic, cycling is emerging as one of the safest means to “get away from it all.” It comes as little surprise then that North America’s largest e-bike maker, Rad Power Bikes, is coming out with a new model.
4 photos

Well, sort of. Late last week, Rad Power Bikes teased a big announcement on social media, leaving the close-knit Rad community to wonder about what that may be. As it turns out, they’ve upgraded their original, basic electric utility bike, the RadRunner, and are now offering it as a limited edition.

The RadRunner Plus is a utility bike inspired by vintage motorcycles, that is ideal for the urban environment while retaining its all-terrain abilities – now with extra comfort and more power. Rad Power Bikes founder and CEO Mike Radenbaugh promises “a premium e-bike experience” with it.

The original RadRunner had only one speed and no front fork suspension, which made hills a real challenge. The RadRunner Plus keeps the 20-inch by 3.3-inch wide multi-terrain tires and the step-thru frame design, and the 300-pound load capacity and integrated rear deck from the original, but adds several significant upgrades. It now comes with a 7-speed drivetrain and front fork suspension, and a bunch of other upgrades, like included front and rear fenders, full LCD display, and LED halo headlight.

Like the original model, the RadRunner Plus comes with an extra, bench-style rear seat with foot pegs and protective wheelskirt, which allow its use as a “scooter.”

“The RadRunner Plus blends the accessible utilitarian design of the original RadRunner with an all-new collection of upgrades for riders craving a premium e-bike experience,” Radenbaugh says in a press release. “The result is a head-turning electric utility bike that makes it easier than ever to run errands across town or pick up a friend scooter style.”

“Drawing inspiration from vintage motorbikes and luxury cars of the 60s and 70s, the RadRunner Plus features a metallic silver and black paint scheme, espresso-colored seats and handlebar grips, and a bold new decal package,” Rad Power Bikes further says. Because riding in style is also important.

The RadRunner Plus is now available for pre-order: deliveries will start in June for the U.S. and Canada, and August for Europe. Pricing ranges between $1,699 for the 750W motor in the U.S. and €1,599 for the 250W motor in Europe. A 500W version will retail in Canada for $2,299 CAD. All models have an estimated 88 km / 54-mile range on a single charge, but top speed depends on the motor. 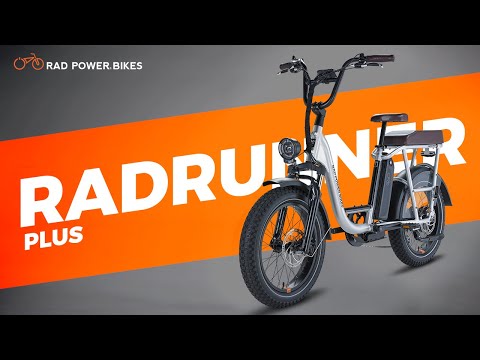 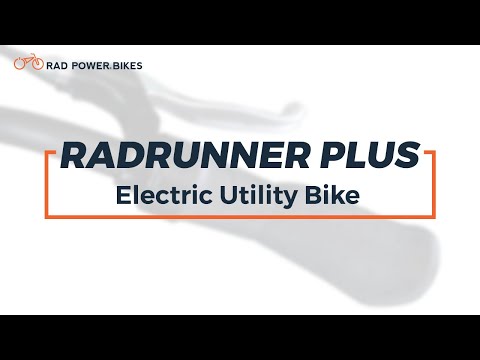