Rad Power Bikes is the biggest e-bike retailer in North America and it’s made a reputation for delivering quality mid-level bikes at an affordable price. Its latest is the cheapest and lightest in the current lineup.
33 photos

Meet RadMission, a no-frills commuter bike that is targeted at the younger customers. It’s a stripped-down version of another Rad Power Bikes product in terms of extra weight, extra features and pricing. It’s also the closest thing to a regular, human-operated bicycle in styling and, to a certain extent, the feel of it.

Launched some hours ago, the RadMission comes with a high-torque 250W motor for Europe and a more powerful 500W one for U.S. and Canada. As such, it’s just as powerful as other entries in the European lineup, but considerably less than U.S. and Canadian counterparts, where regulations allow for more powerful motors and higher top speeds.

Speaking of which, the RadMission gets up to 25 kph (15.5 mph) and is single-speed. The battery is a new one, smaller and more compact but still as powerful as the others from Rad Power Bikes, so still able to deliver an estimated range of 40 to 72+ km (25 to 45 miles).

The bike weighs 21.5 kg (47.3 pounds) including battery and has a total payload of 125 kg (275.5 pounds), which makes it ideal for apartment owners who have to climb it up a flight (or more) of stairs, and for commuting without extra cargo. The tires are also slimmer, which adds to the more traditional feel of the e-bike.

This an entry-level e-bike for young city commuters who need just basic transportation, and it can also be the perfect bike to try a car-free lifestyle for a while. It’s basic and affordable, but reliable at the same time.

“I’m never going to stop commuting on this,” Founder and CEO Mike Radenbaugh says in a statement. “I’m really hoping that this is the first e-bike for people who are just waking up to the fact that they don’t need a car to survive anymore. Bikes like these can get you from Point A to Point B, cut down on emissions, save money on gas, and ultimately change the entire transportation game.” 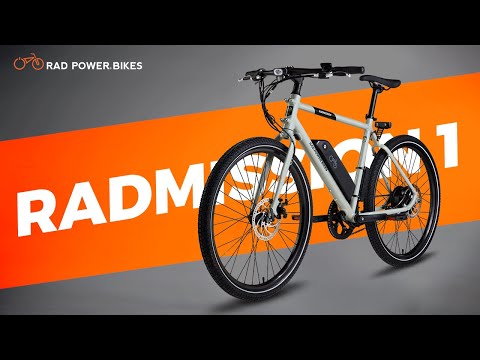