1 Fiido's New Cargo E-Bike Is Sturdy, Fast, and Equipped to Go the Distance. On or Off-Road

3 Japanese-Made, Folding E-Bike Has Only 57 Parts, It's Low Maintenance and Built to Last

4 Old, Rusty Two-Wheeler Gets a Complete Makeover, Returns as a Stunning Lamborghini E-Bike

5 The Hyperbike That Aims to Take Us Faster Than We're Allowed to Hits 10,000 Reservations
Car video reviews:
Coverstory

Cities are getting wilder and wilder by the day. That said, our neighborhood-friendly bikes are being transformed into something else entirely, e-bikes.

Folks, the urban mobility industry is really taking off, and one machine that has seen more modifications and variations than most others is the bicycle. However, no longer are our legs the only component responsible for taking us places, we now have batteries, motors, and big ol' tires to ride over the meanest potholes and sidewalks.

All those components I just mentioned can also take the shape of an e-bike dubbed Flyer M880, a fat tire e-bike that's ready to haul butt around town. Not only will it move your own gluteus maximus, but it's also strong enough to carry quite a bit of cargo.

The minds behind this trinket are the same that have been around since 1917, Radio Flyer. Why does this name sound familiar? Because most people here have owned or seen a Red Flyer wagon. Yes, the ones you see in the attached gallery. Although, these days, this manufacturer's range has expanded to even cover trikes, balance bikes, adult machines like M880, and even the new Tesla Cyberquad - it uses battery tech developed by Radio Flyer.

To get straight to the point, don't be frightened about the word e-bike because this trinket comes in with a starting price of 1,700 USD (1,506 EUR at current exchange rates). And while it comes in with a rather affordable rate for an urban-going e-bike, it does showcase a rather capable design for this budget.

While the manufacturer's website doesn't clearly state what material is used in the frame's construction, judging by the price, it's nothing more than aluminum.

Since the bike is created specifically for urban settings, you'll find a step-through frame that eliminates the top tube. Not only is this frame designed with comfort in mind, but it's also easy to maneuver in case of an emergency. Trek and other major manufacturers have created whole lineups of e-bikes with this sort of frame design, and they're known for being some of the safest around.

Best of all, the cargo rack you see hanging over the rear wheel is integrated right into the frame. With that, the manufacturer states that this rack is suitable for cargo up to 80 lbs (36 kg). The possibility to add a front rack exists, too, extending the bike's capabilities even further. Overall, the bike features a payload capacity of 300 lbs (136 kg).

Integrated into the downtube, Flyer adds the same battery tech used in the Tesla Cyberquad and is enough to give M880 a range of over 50 mi (80 km), depending on road conditions. Samsung is the manufacturer behind the 720 Wh of lithium-ion cells. Lights will be powered by the battery too. Once in need of recharging, this battery pack may require up to 10 hours for a full charge, depending on the charger available.

All that juice is then used to power a 500 W motor found mounted to the rear hub. With five pedal assist levels, a cadence sensor to keep things in check, and even a twist throttle, riding this puppy should be a breeze. An LCD display shows battery levels, sped, acts as an odometer, and many more.

The rest of the drivetrain is provided by Shimano and features basic components. To help slow everything down, Tektro is there with Aries MD-M300 brakes clamping down on 180 mm (7.1 in) rotors.

Since most city bikes don't feature a suspension, M880 is equipped with 26 in x 3 in tires, enough to soften any vibrations felt from the road, even though there's no suspension on the bike. However, these days you could easily replace the seat post with one that has a suspension system built into it. This puppy will weigh 67 lbs (30 kg) with the remaining secondary components, so be sure you can handle it.

It's not going to burn a hole in your pocket to buy, feels like it can do more than just carry you around town, and is modern enough to make you feel a part of the e-bike wave happening now. Sounds like M880 is primed to give some already-present e-bike manufacturers a run for their money. 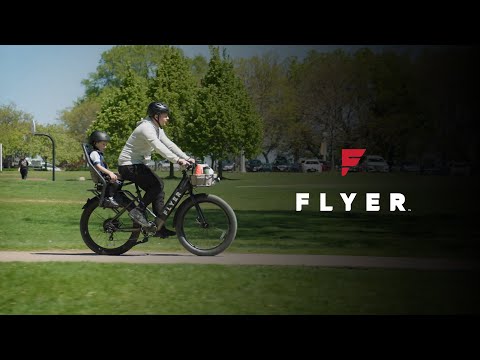