4 RaceBird Is the Electric Boat That Will Change Powerboating, Flies on Water at 58 MPH

1,914-HP Rimac Nevera Is Done With Winter Testing, Customer Deliveries Up Next

RaceBird Electric Powerboat Flies Above the Water for the First Time, Nails All Tests

The world’s first electric boat racing competition was announced in 2020 and, one year later, we got a glimpse of the first powerboat to “fly” on the water in the contest. The RaceBird is a one-of-a-kind high-performance, electric watercraft that promises speeds of up to 58 mph (93 kph) and it recently hit the water for the first time.
7 photos

Dubbed the first and only electric powerboat racing series, the E1 series was launched two years ago by Formula E and Extreme E creator Alejandro Agag and motorsport engineer Rodi Basso, who has an impressive background in Formula 1, working with the likes of Ferrari and Red Bull Racing. The competition is meant to encourage and promote sustainable watercraft and its first season is set to kick off at the beginning of 2023.

But as exciting and captivating as the event itself might sound, the unveiling of the first electric powerboat that the pilots will race with created even more buzz. That was back in September when a full-size model of the RaceBird was introduced at the Monaco Yacht Show, leaving everyone wanting more.

The RaceBird was built by SeaBird Technology and Victory Marine and has a design inspired by the birds that fly above the surface of the water. The electric raceboat weighs 880 lb (400 kg) and uses hydrofoil technology. It features Mercury Racing motors, Navico navigation systems and electronics, and mapping technology for race management. It has a peak power output of 150 kW and is powered by a 35 kWh Kreisel battery. As explained by its developers, the RaceBird will fly 1.6 ft (approximately 0.5 m) above the water, reaching a top speed of 50 knots (57.7 mph/93 kph).

A prototype of the high-performance electric boat recently hit the water for the first time on the River Po, close to San Nazzaro in Italy, where it was put through extensive testing with ex-powerboat champion Luca Ferrari behind the wheel. Engineers assessed the reliability and the overall performance of the watercraft by conducting several technical tests and system checks.

You can watch the RaceBird in action in the video below. 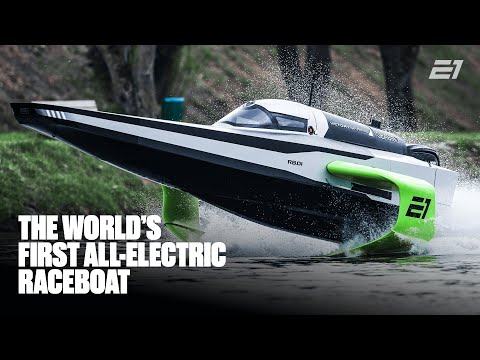