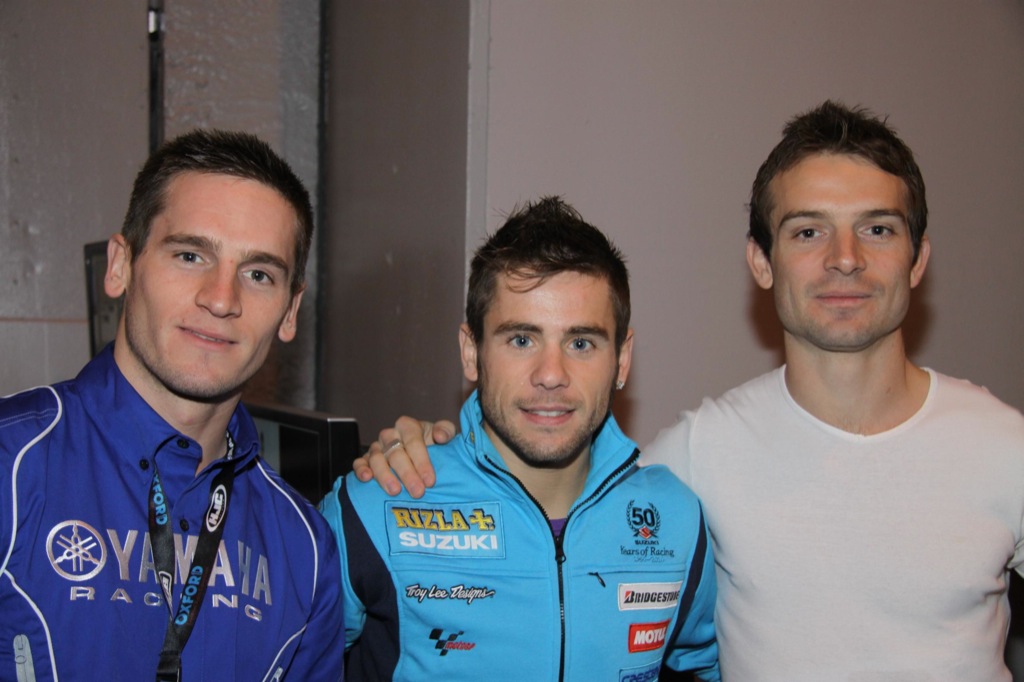 As was to be expected, riders from MotoGP, World Superbikes and British Superbikes were in attendance at The NEC, in Birmingham these days at the Carole Nash Motorcycle Live. MotoGP star Alvaro Bautista – who will remain with Rizla Suzuki for the 2011 season – spent the day meeting and greeting fans.

He also took part in the fun and games on the Black Horse Stage in the Arai Entertainment Zone. He was joined by SBK rider Sylvain Guintoli – and the two went head to head in the Question of Bikes quiz hosted by BBC’s Steve Parrish.

The battle also hosted BSB stars Tommy Hill and Michael Laverty and actor Danny John Jules. “I’ve really enjoyed today,” said Bautista. “The quiz show was fun and it’s always great to meet the fans. It’s been a good opportunity to spend some time having photos taken with fans and doing signings. It’s a fantastic event with so much to see and do, I’d like to come back as a visitor!” 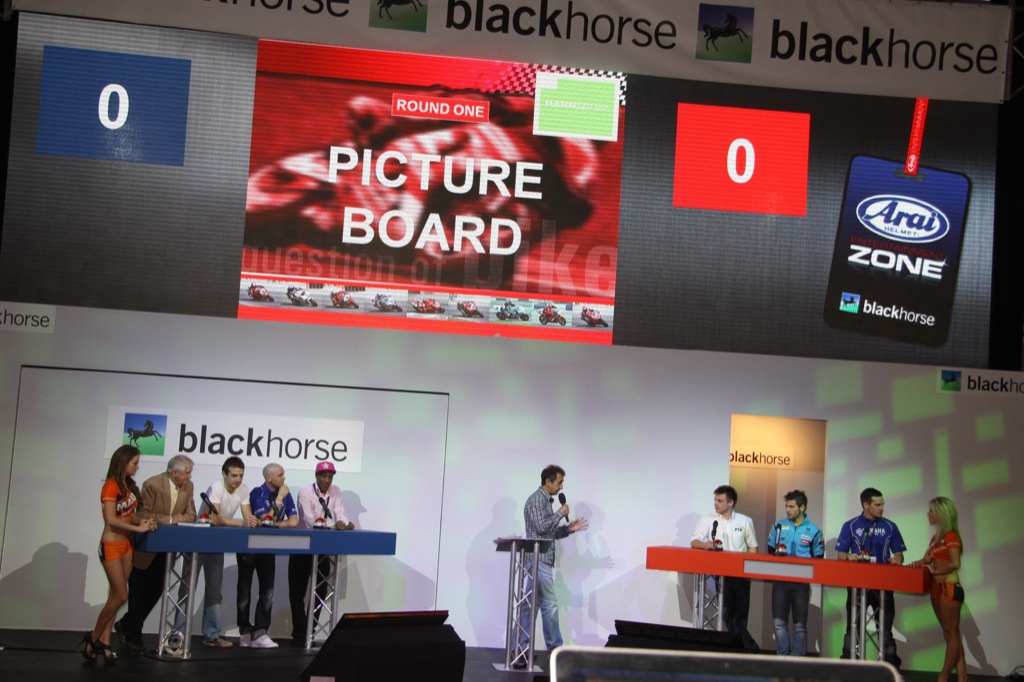 Race fans can also get a look at the actual machines ridden to victory by MotoGP Champion Jorge Lorenzo and World Superbike Champion Max Biaggi, while custom enthusiasts can get their fix in the Custom Xtreme Zone sponsored by BSH and Streetfighters.

“It’s been another brilliant day with more big names from the racing world coming along to offer support. The feedback we’re getting from visitors has been incredibly positive with the main complaint being they haven’t got enough time to cram everything in! It’s music to our ears,” Finlay McAllan, Managing Director of Event organisers, MCI Exhibitions, said in a release.