5 Nicki Minaj Smashed Boyfriend-Driven Merc with a Bat, Turns Out It’s Hers
Car video reviews:
Up Next

Young race car driver Jordan Taylor switched up his game for a change and instead of driving sports cars on the track, he took the wheels of a Chevy Astro van and did a parody music video. He got a couple of friends and started doing burnouts while Madonna’s famous “Like A Virgin” hit would play in the background.
1 photo
Even though we find the footage quite amusing, we still don’t get the point. Are they mocking the music, the car or themselves? Who is the target here?

Other than that, we have to admit the timing of the stuns with the music was quite accurate, as the crew of jokers did their thing. Apart from the burnouts, they also do some tire-lifting and other weird workout routines. As far as the YouTube video description is concerned, it would seem the parody is supposed to be a funny ‘90s biggest hits compilation, with the fellows slow dancing next to the cars.

But who is Jordan Taylor? He is the son of veteran racing driver Wayne Taylor. The 58-year old South African team owner won the 1996 and 2005 24 Hours of Daytona, and the 2005 Grand-Am Rolex Sports Car Series Daytona Prototype drivers’ championship. Taylor now owns and manages his own team competing in the Rolex Sports Car Series, the same Jordan is driving for.

After previously competed int he GT class, where he won two races for Autohaus Motorsports, Jordan Taylor also competed at the 24 Hours of Le Mans in 2012 and 2013 in the GTE-Pro class for Corvette Racing.

OK, we get it, he is an aspiring race driver, but seriously, he should stick to that and leave the spoofs for those who know what they’re doing. Or better yet, just do the same thing Ice Cube says in the song playing in the video: Check yourself. 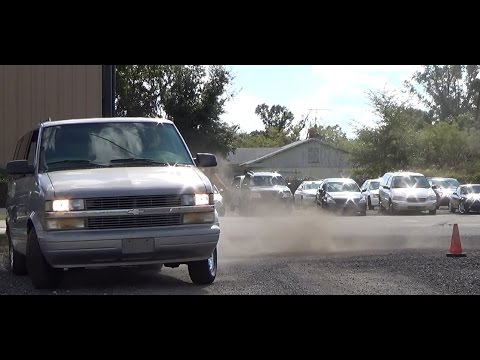