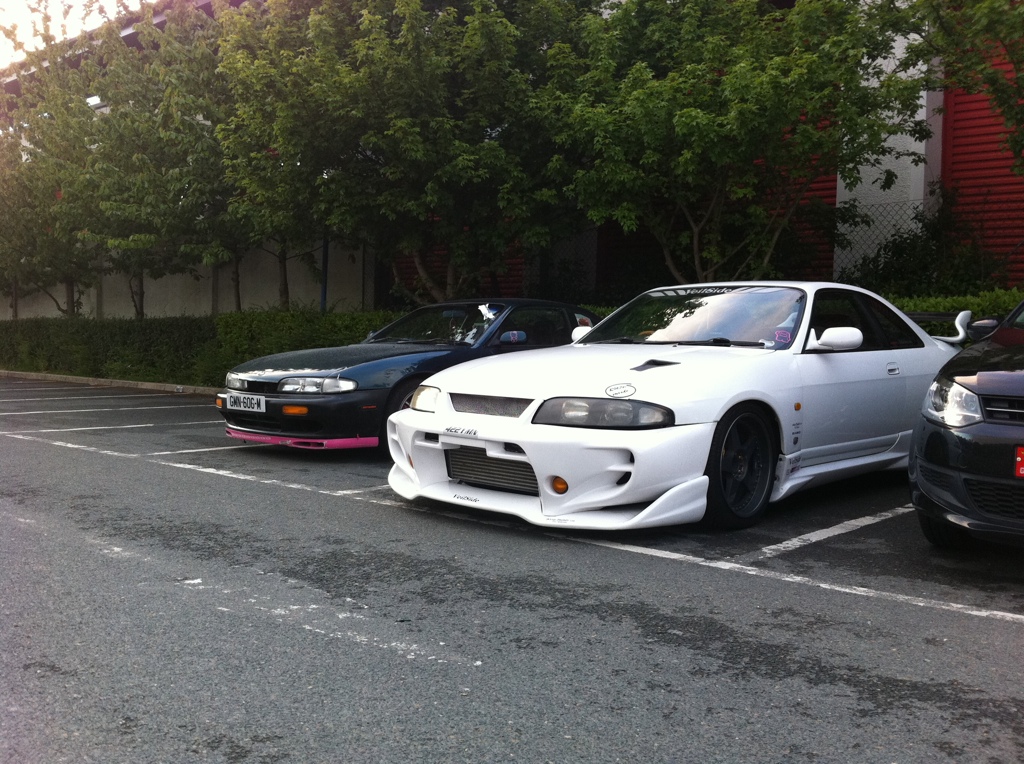 The GT-R has one of the most exciting stories in the modern automotive world. Thus, many crave to get behind the wheel of the Japanese road killer and would do anything to achieve this. Let’s take the owner of the vehicle from the adjacent images, for example.

The guy owned a 1994 Skyline R33 GST, but wanted a GT-R so badly that he decided to to upgrade his ride, in order to bring it closer to Godzilla’s spec. The owner decided to play both at the technical and visual level, in order to get as close to the monster as he could.

Thus, the vehicle was fitter with a RB26DETT engine from a GT-R that would offer the grunt needed to play with the big boys. Having taken care of that, the owner installed a Tein superstreet suspension and a Nismo (this is Nissan’s racing division) pro gt 2way differential, to make sure that his ride could impress through the corners. The connection to the road was further enhanced through a set of Veilside Andrews rims that come in an 18-inch size and use 265/35 tires for both axles.

However, the road was a difficult one, as the owner had to “go through” two engines and three turbos in order to bring the car to the desired level of performance/reliability.

As for the exterior part of the game, the car received a GT-R front end conversion, as well as a custom body kit that would make it stand out from the crowd (we’re not pretty sure about the rear bumper’s aesthetic value).