4 A Look Back at No Man's Sky's Story of Redemption, a Space Saga in 17 Acts

5 Astronauts on the Space Station Held Their Own Olympics, Had Some Unique Games
Up Next

Cosmin Vasile
I’m a big fan of sci-fi movies like Interstellar, Oblivion and Edge of Tomorrow, so when I first saw JETT: The Far Shore, I immediately vibed with the concept. Evidently, it’s hard to compete with the named blockbusters, but JETT does promise some amazingly interesting concepts.
9 photos

But first, let’s talk a little bit about what exactly is JETT. A mysterious interstellar adventure game, JETT tells a layered cinematic story across five acts that promises to offer intimate and monumental moments sprinkled with on foot segments where players can admire the space and bond with the characters from the ship.

While at the helm of a low-flying jett, an exploratory ship that can be upgraded as you progress, players must discover and catalog the indigenous flora and fauna of a mythic ocean planet. Using jett’s scientific tools, you’ll have to adapt to all the unexpected perils and solve tough obstacles coming your way.

In JETT: The Far Shore, you play as scout and “anchorite” Mei, the first to deploy to this mythic ocean planet. In between missions, you’ll be heading to Ground Control, a hub for all scouts where you’ll experience first-person sequences, as scouts are trying to meet the directives received from the community’s leadership.

JETT also involves a very interesting audio aspect as players must investigate the source of “the hymnwave,” an interstellar invitation that that propelled people to look beyond their troubled skies and across the sea of stars for salvation.

The distinct universe, narrative and tone of the mysterious interstellar action adventure is joined by a breathtaking score by Scntfc (also know for Oxenfree, Afterparty, and Oxenfree 2: Lost Signals).

The best part is we won’t have to wait too long to take it to the stars. JETT: The Far Shore is releasing on October 5 on PlayStation 4, PlayStation 5 and PC (via Epic Games Store). 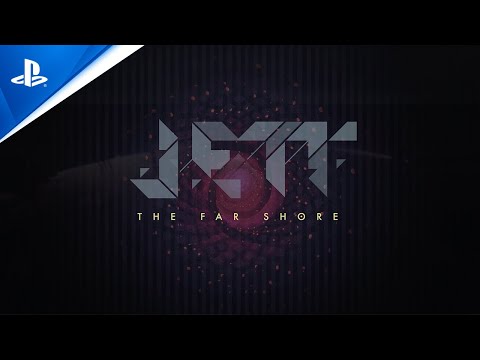