4 Buy A Mitsubishi Outlander PHEV In The UK, Get A Free Home Charge Kit

Vlad Mitrache
Currently, there are two schools of thought on how we could solve the problem of long charging times for EVs, which is essentially what's keeping them back from offering the same ownership experience as traditionally-powered cars, if not better.
8 photos

One of them is the more obvious: it advocates finding a way to cut the charging times by increasing the amount of electric current that can be pushed into the batteries over a period of time. There are talks about stations with a 350 kW charging rate, but at the moment there are no vehicles to take advantage of that. So Tesla's 120 to 150 kW Superchargers are the best you can get.

The second one, however, is a bit more laborious, but if successful, it could make things even better, allowing EVs to travel virtually infinitely. We're talking about on the move wireless charging or, as it's officially called, Dynamic Electric Vehicle Charging - or DEVC.

Qualcomm, a name you might have associated with the mobile hand-held devices industries so far, has been working on such technology and is finally ready to show some results. The company delivered its Qualcomm Halo DEVC system to the 100-meter-long test track built by VEDECOM in Satory Versailles. The €9 million ($10 million) project is being developed by a large number of partners with the help of the European Commission.

Called the FABRIC, the track was used to charge a Renault Kangoo ZE at a rate of up to 20 kW while traveling at highway speeds. The press release does not say how much electricity the system was actually able to pass through during the brief time the EV drove over the FABRIC, but quick math tells us it wasn't very much.

However, testing will continue in Satory Versailles "for a wide range of practical scenarios including vehicle identification and authorization on entering track, power level agreement between track and vehicle, speed and alignment of vehicle along track."

The news of the Qualcomm-developed system comes only a few days after an Israeli company announced it would start testing its own DEVC technology on an electric bus in Tel Aviv. It looks like, for the moment, both of the two directions mentioned earlier are being considered, which is probably the safe way to go anyway. 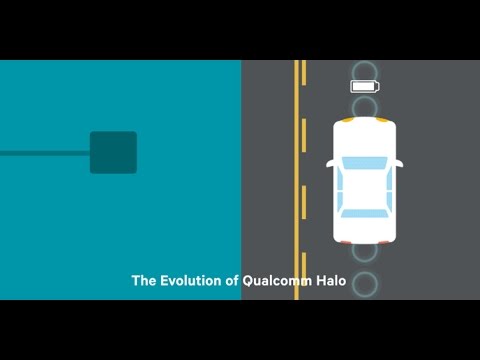