Ciprian Florea
The brand new Qoros 3 Sedan scored a five-star rating in Euro NCAP crash tests, making Qoros the first Chinese-based automaker to produce a car awarded with the agency’s top safety grade.
1 photo
In addition, the Qoros 3 Sedan also became the vehicle with the highest Euro NCAP over score so far in 2013 and one of the best automobiles ever tested by the European program.

“The safety of our vehicles was one of our key development goals from the start.  It’s a crucial demonstration that our customers are the most important consideration and it also says a great deal about the engineering integrity of the car as a whole.  So, while we expected a very good result in the Euro NCAP test, we are naturally very happy with how the car performed.  The Qoros engineering team invested an incredible amount of time and commitment in developing one of the safest vehicles ever assessed by Euro NCAP.”

Scroll below to watch the Qoros 3 Sedan crash test and check out the full press blast for addition information on the vehicle’s impressive achievement. 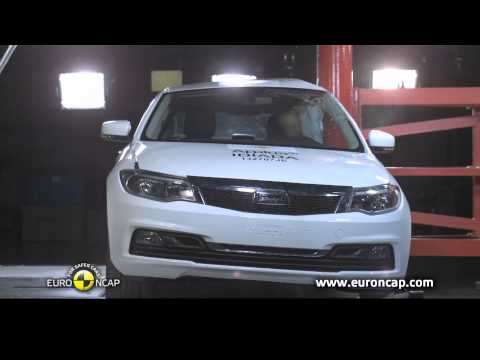 Download: Qoros 3 Sedan Awarded Five Stars And Is Amongst The Very Best Ever Tested by Euro NCAP (PDF)