5 Cadillac Converj in Doubt due to Insufficient Funds
Coverstory 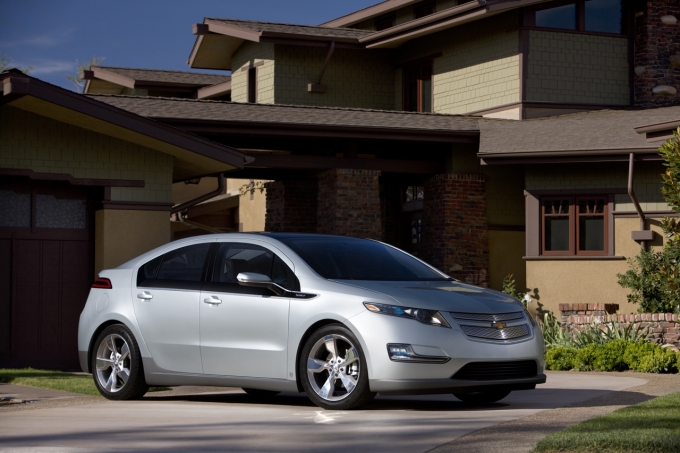 General Motors showcased the production version of its over-discussed Chevrolet Volt at the Auto Shanghai 2009 and confirmed that the hybrid is projected to go on sale in 2011. As we're sure you know from our previous reports, the five-door front-wheel drive sedan is expected to hit the streets in the United States in 2010, with the rest of the markets to get the model in the next few months.

The car incorporates more than 220 lithium-ion cells, with the electric unit providing a maximum power of 150 horsepower and 270 lb-ft of torque. It can reach a maximum speed of 100 mph (161 km/h), according to official figures sourced from General Motors.

It can be plugged into any 120-volt or 240-volt outlet for charging, with the whole process taking up to 8 and 3 hours, respectively. "At a cost of about 80 cents per day (10 cents per kWh) for a full charge that will deliver up to 40 miles (64 km) of electric driving, GM estimates that the Volt will be less expensive to recharge than purchasing a cup of your favorite coffee," General Motors said praising Volt's features.

Chevrolet Volt first saw daylight in 2007 in the form of a concept vehicle at the North American International Auto Show.

“Bringing the Volt to China shortly after its debut in the United States in 2010 is part of GM’s commitment to sharing our latest achievements in energy diversity with our second-largest market,” said Kevin Wale, President and Managing Director of the GM China Group. “It will take China one step closer to its goals of clean transportation and energy freedom.”