3 James Bond Iconic Cars Get Raced on Top Gear: A Must-See for 007 Fans

5 James Bond’s Gadgets Are Running Out of Style With Fourth Movie Delay
Car video reviews:
Up Next

1974 Ford C750 Camelot Cruiser Puts the Home in Motorhome, Even Has a Basement Garage

"No Time to Die" is the 25th movie in the Bond franchise, and though some have performed below the standard of such classics as “Goldfinger,” this latest in the series once again features some pulse-pounding action of Bond piloting his signature Aston-Martin into the fray.

A nine-minute-long clip of the next Bond movie shown to the folks over at Insider at CinemaCon, but sadly not yet made public, seems to portend that it may be a worthy addition to the canon.

And it also shows Bond back in his beloved Aston Martin, we're told. And for our money, the piece-de-resistance of any Bond clips is the secret agent taking the wheel of his Aston Martin to escape disaster. It's what we always want from a Bond movie: a beautiful and stylish British car being put through its paces by an iconic hero to foil a set of international bad men.

Fukanaga takes the helm behind the camera for his first effort at the Bond behemoth, and he landed the deal on the strength of his previous movies such as "Sin Nombre" and "Beasts of No Nation." Fukanaga has also directed popular and stylish TV fare in "True Detective" and the Netflix show "Maniac."

As for the plot, "No Time to Die" follows Daniel Craig’s Bond after his retirement from active service for Her Majesty, but you know they’d pull him back in. 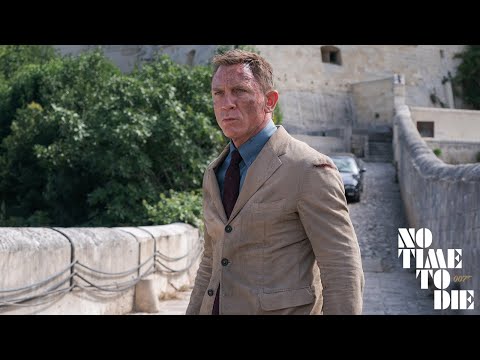