1 Lifted 1979 Chevy Suburban Is an Off-Road Guardian, Will Take You Places Smiling

Pristine 1988 Chevy Monte Carlo SS Has Everything Original, Including 1,625 Miles

General Motors started to offer the Chevrolet form of personal luxury segment transportation with the original Monte Carlo. It became successful enough for the Detroit automaker to churn out no less than six generations. Among them, its fourth iteration is well known among racing and aftermarket aficionados.

But we are not here to talk about quarter-mile times and Hi-risers. Instead, we should be worried about the rising classic car market quotations. Which have had an ample impact over the past couple of years. Let’s take this 1988 Chevy Monte Carlo SS for example, which currently resides proudly in the inventory of Sherman, Texas-based PC Classic Cars.

Here's the thing. This same classic car dealership once offered for sale an equally original, numbers-matching 1988 Monte SS this past summer. And it really cared for one’s bank account, as the price was set at a decidedly low $25,500. That one was also dressed up in black, only it sported crimson exterior details and a slightly higher mileage of 23k (around 37,000 km), according to the reading on the odometer.

Now, far for us not to recommend this ultra-enticing example that swapped the red details for an even subtler bronze SS treatment. Still, it’s an uphill battle when it almost passes the psychological $40k threshold. On the other hand, after paying $38,500 (or perhaps haggling a bit), one will get to take home an almost-new Chevy Monte Carlo SS that has traveled so little it’s almost sad.

Hopefully, a new owner will put that original 5.0-liter (305ci H.O.) V8 engine to good use from now on. And won’t be afraid to road trip with this rolling, 1980s time capsule, even if that original SS cloth interior looks untouched by the passage of time. What a dream it would be... 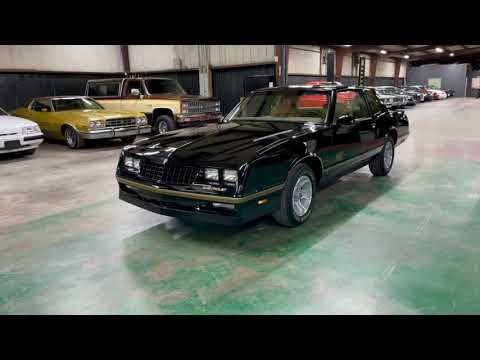