1 Princess Diana’s Blue Raleigh Traveler, the “Shame Bike,” Is Being Auctioned Off

Elena Gorgan
Even before she became the “Princess of the People,” Princess Diana was British nobility, even though you couldn’t tell by the car she drove. Her second ever car, a 1981 Ford Escort, emerged publicly earlier this month and has just sold at auction for the incredible amount of $65,000, before fees.
9 photos

A similar Ford Escort without the royal provenance is worth some £4,700 ($6,500 at the current exchange rate), so this one fetched ten times that amount. It was presumed lost for almost two decades and was offered through Essex-based Reeman Dansie auction house.

The Escort was actually an engagement present from Prince Charles, offered to Diana two months before the wedding. The Royal Family is very much about being practical and reasonable with car purchases, which probably explains the rather modest gift. Still, the Escort came in a Ghia spec, which, as Furious Driving explains in the walkaround video at the bottom of the page, is as posh as you could get back then while still maintaining the relatability, “one of the people” aura.

This means that the Escort came with luxury trims, like wood, metal, and plush velour finishes. Power comes from a 1.6-liter engine that made 104 hp when new, mated to a four-speed manual transmission. Inside, it had a radio and a sound system with speakers in the footwells (the speakers in the back are a later addition), an ashtray, and, the height of luxury in the early ‘80s, a digital clock overhead.

Diana drove the car a lot and presumably loved it. She stopped using it after she gave birth to Prince William in 1982: while ownership was technically short, she did get plenty of miles on it, often being photographed attending Charles’s polo matches in it. It was offered with 83,000 miles (133,575 km) on the odo, with the auction house mentioning that the owner for the past two decades only drove it “sparingly” to preserve it.

Perhaps the most telling sign that this was a royal ride, despite its tame appearance, is the presence of a hood ornament, of the kind the Queen also favors. It’s a leaping frog and, while it’s only a replica of the original ornament Diana got as a present from her sister (she transferred it to her new car once she was done with this one), it’s a visual representation of the story of the girl who kissed the frog and it turned into a prince.

Well, we all know how this particular story turned out, so maybe the ornament didn’t help boost the vehicle’s value. 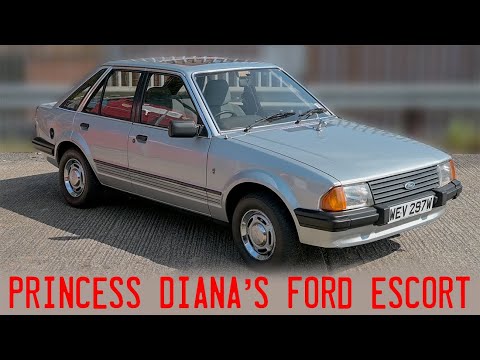