1 The Fracker e-bike Is Fully Charged in 20 Minutes, Can Ride for 20 Miles or More

4 ZBike Z2 Off-Road E-Bike Is About to Trek Worldwide, San Francisco to Berlin

Lo and behold. At last we have been given what we have been wishing for all this time. A big friggin' motor on two wheels, and maybe even a suspension.

It’s called the Prime and is manufactured by a company called Nireeka. It’s more of a brand from a company whose origins we’ve tracked to Dubai and includes more than just this bike. But this is the top of the line model for the company’s capabilities.

Now, this bike is beefy. The frame alone is composed of carbon fiber, but to give it the structural integrity needed to handle being thrown off a mountainside, it comes in with a full 6.6 lbs (3kg) of the stuff. And if that’s not enough, it’s all monocoque.

The shape of that frame, however, is quite different than others we’ve seen. Rather than using tubes or at least flattened tube structures, this frame uses long sharp lines. One of the main reasons for this odd shape of the top tube is because the bike was designed to be unisex.

Sure, it looks very futuristic and will probably take the beating you throw at it, but I'm personally worried about the structural stability of this frame when encountering forces that place stress on the laterals and diagonals of this frame.

The overall lack of any sort of suspension components also leads us to believe that all the suspension capabilities of the bike rely on just the frame’s flexibility and those huge tires. With the addition of the carbon fiber fork, battery, and motor, this e-bike comes in at a 57lbs (26kg). Quite a bit if you ask me. Add the rest of the components, and you’ll climb a bit on that weight factor.

Speaking of climbing. This monstrosity of an e-bike includes a 750W motor from Bafang. This 750W motor pushes out 160Nm of torque and gives you a top speed of 28mph (45kph). But here’s the catch, if you toss in an extra 49 US dollars you can upgrade this motor to 1000W. With this motor however, your torque remains the same. Why?

Well, it’s like this. The motor used in both the 750W and 1000W is basically the same. The difference lies in software. The extra 250W of output is basically a tune on existing software. If that’s the case, can it do more? We’ll leave that one up to you to try.

However, this extra kick in power also comes with an extra boost in speed. With the 1000 your max speed is increased to 37mph (60kph). If one thing I've learned from all this e-bike stuff is that this is not even road legal in some parts of the world. But it’ll surely make for a heck of a time on some trails.

Your electrical needs are met by 480Wh LG battery with lithium ion cells. It's enough to take you on a max 31-mile (50km) journey. But your happiness might be put to the test if you use just the normal charger the Prime comes with to recharge. 5-6 hours is the recharge time, but don’t despair, the fast charger cuts that down to half with a 2-3 hour replenish time.

To top things off, I'm glad the brand chose to stick with renowned Shimano for the cassette, shifters, and derailleurs. Strap on some Tektro hydraulic brake levers to pinch down on the Shimano rotors and you’re ready to fly. Oh, and don’t forget the LCD display for you to keep track of your stats and levels.

So it seems we have a very capable bike for well under three grand. But I still wouldn’t be taking it on any huge drops as a lack of a rear suspension will surely cause issues for this hardtail. But if you’re not into dropping off stuff and massive jumps and huge banks, this might work for you just fine. 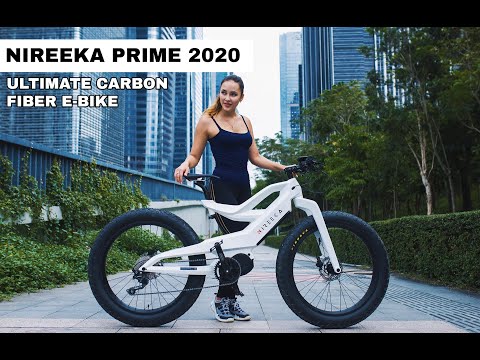