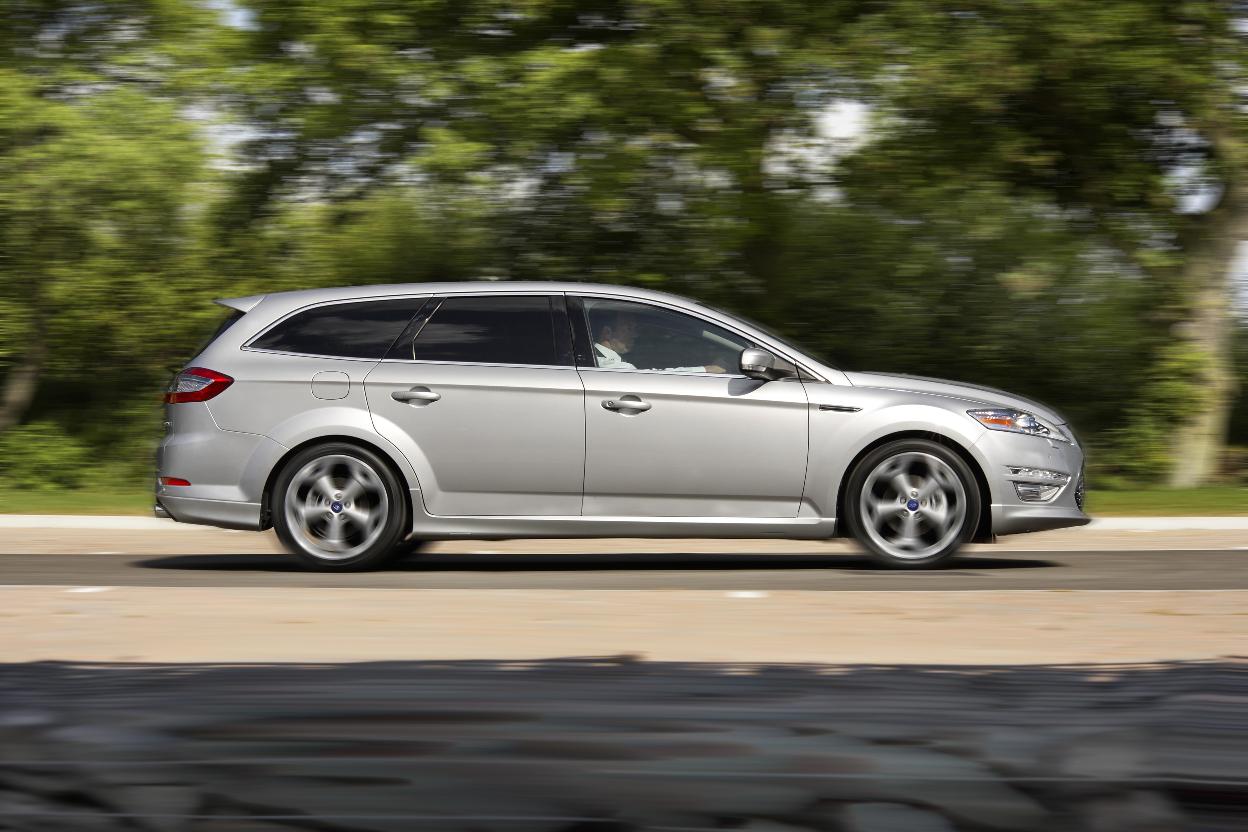 The recently refreshed Ford Mondeo range will now be offering powertrain enhancements to the UK market leader's flagship large car. The improvements cover the 1.6, 2.0 and 2.2-litre displacements, and feature emissions which are lower by up to 20 percent than earlier models.

Both the 1.6 TDCi and 1.6 EcoBoost now come with Auto-Start-Stop as standard. The diesel's CO2 emissions of 114g/km, equating to 65.7mpg for both five-door and estate bodystyles, make it the most frugal Mondeo ever.

The Auto-Start-Stop system's sensors detect when the driver performs an action that signals the intent to drive off, such as pressing the accelerator or clutch pedal.  As soon as the driver prepares to move away, the engine starts almost instantly. The process is virtually imperceptible, and happens before gear selection is completed.

Following the introduction of the 2.0-litre EcoBoost range-tooping petrol choices announced at the launch of the new Ford Mondeo, a premium 2.2 TDCi 200 hp diesel has been added to the Titanium series.

This performance engine provides 420Nm of torque (450Nm with overboost), while retaining fuel economy at an impressive 47.1 mpg UK. The diesel flagship is available with Ford's six-speed automatic transmission.