I remember growing up and seeing the stars on a clear night. I would sit for hours on end and wonder what was going on up there. Today, I still do that, but companies like Celestron are helping me get a better view.

If you’re one of the people that grew up peering into the night sky with nothing more than your God-given 20/20 vision, I got good news for you. By now, you’re probably an adult and even have kids of your own, so why not give them something you never had, and in the process, get what you never had too?

In the spirit of Space Month, while the rest of the autoevolution team shows you what’s going on at a macro level, I like to peer into the micro. To do that, I need a telescope, and no, I don’t have hundreds of thousands of dollars to spend on something I won’t even know how to use. The good, cheap, and easy-to-use tools are the ones for me.

Searching for a decent telescope to help me find alien life, I ran across a company named Celestron.

In 1960, Tom Johnson, an electronics engineer, president, and owner of Valor Electronics, set out to create a sub-division of Valor with the sole purpose of producing and manufacturing telescopes. Over 60 years later, this company has been responsible for countless innovations in the field of telescopes, binoculars, microscopes, and anything else with a lens. To get an idea of the level this team works at, there’s a Celestron telescope aboard the ISS (International Space Station).

As for the StarSense Explorer LT 80AZ, this is one of the better-rated telescopes for the price it comes in at. Depending on your retailer, you can find one of these puppies anywhere from $150 to around $200. The manufacturer’s website has a nifty little tool to find a dealer in your area, letting you know you’ll be getting a fair price.

Now, this is a refractor telescope, meaning it’ll bring an image closer to you using two convex lenses that focus light, unlike a reflector telescope which uses mirrors to reflect light. This, however, does have a downside.

An image, or rather, light manipulated through a lens is subject to some distortion because different wavelengths of light are affected by the passing through a lens as they are essentially bent into a smaller image. Here, Celestron combats that problem with an 80 mm (3.14 in) lens that has been fully coated to reduce this distortion of color. Again, that’ll only go so far.

The big benefit to these telescopes is that they’re quite good at giving you a view of distant planets, nebulas, galaxies, and anything else you may think of. To help you find exactly what it is you seek to view, the 80AZ includes a neat little gimmick that goes hand in hand with your smartphone.

Using an app on your phone and paired with sky recognition technology, the 80AZ offers one heck of a simple time finding the exact segment of space you want to view. Turn on the app, type in where you’d like to view and move the manual altazimuth mount until you see a green bullseye on your phone screen. You’re then ready to see the Milky Way the way it looks on Nat Geo.

Overall, the telescope includes a focal length of 900 mm (35.43 in) with a ratio of f/11, all encased in an aluminum optical tube. Two eyepieces are offered with 36x or 90x magnification. The lowest possible magnification is 11x, while the highest is 189x.

What I like the most about this trinket is the fact that, as I was growing up, tech like this was quite expensive, for my family anyway. Now, however, for nearly $200, you can broaden your horizons like never before. Honestly, I've found my next pay-day purchase to feed the kid inside. 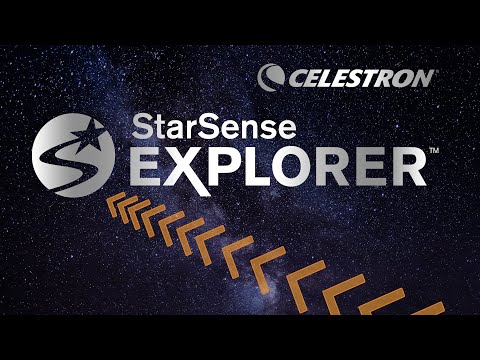