2 CHAdeMo: Let's Have a Tea while Charging

3 CHAdeMO EV Support Association Established in Japan
Up Next 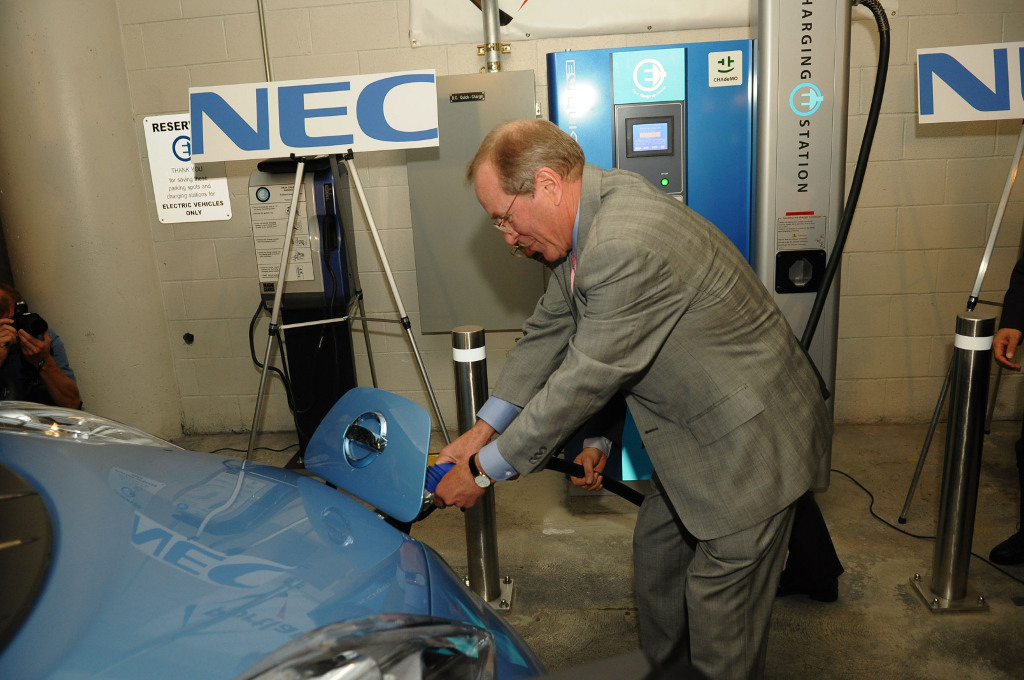 The first quick charging station for electric vehicles in the US became operational this week in Portland, Oregon. Operated by Portland General Electric (GE), the station is capable of recharging an EV to 80 percent in between 20 to 30 minutes.

The station is manufactured by Takasago, a NEC subsidiary, and intended for electric vehicles with lithium-ion batteries. The opening was attended by Governor Ted Kulongoski, who was the first man to charge and EV, a Nissan Leaf, from the new station.

“Quick-charging stations are an exciting advancement in our effort to bring electric vehicles to Oregon,” Kulongoski said.

“By making charging convenient and available for public use, we are telling car manufacturers that Oregon is ready for the next generation of electric vehicles — and we want our state to be a leader in introducing these cars to the rest of the country.”

The charging station complies with the CHAdeMO standard still under development in Japan. Created primarily for Japan, the standard is supposed to expand worldwide in the years to come. It is supposed to create the framework required for high-speed charging technology, which is supposed to work in the same manner today's gas stations do.

“This project reflects NEC’s ongoing commitment to the development of new infrastructure that utilizes renewable resources. As a supplier of electric vehicle batteries, our introduction of the rapid electric vehicle charging station is a natural stage in the evolution of NEC’s environmentally friendly solutions,” Hideki Niwaya,Public Utility Solutions Division manager at NEC added.