3 New 911 Safari Takes On the Ice Roads, Other Porsches Act as Bodyguards

4 Porsche 911 Facelift Spied Yet Again With Hybrid Setup, Getting Closer to Reality

Sebastian Toma
Porsche has announced it would bring Sally Carrera to the road. In case you are entirely unfamiliar with what we are writing about, it is a character from the first movie Cars, which will be turned into a one-off car. The vehicle has been in the works for some time now, and it will be sold through an auction for charitable purposes.
9 photos

The inspiration for the one-off car is a character called Sally Carrera, which, in turn, is inspired by a 2002 Porsche 911 Carrera. Now, Porsche does not want to customize a 20-year-old 911. The marque will use its Exclusive Manufaktur division, along with the Style department in Weissach to build a vehicle that will be inspired by the one featured in the movie, without being a copy or replica of it.

To create this unique vehicle, Porsche has worked with a small team from Pixar Animation Studios, and the goal was to commemorate the milestone of 20 years since Sally Carrera made the big screen debut. Yes, you read that right, the first Cars movie is two decades old.

It is not clear what the finished product will look like, but we are willing to bet it will be blue. That is what we can understand from the sketches provided by Porsche.

The resulting car, which will be designed to be used on public roads, will be auctioned by RM Sotheby's soon. Its buyer will also get a one-off timepiece, which will reflect the unique styling of the vehicle. Since the character named Sally Carrera in the first Cars movie was devoted to helping others, Porsche has decided to donate the proceeds of this sale to help children.

The German manufacturer has decided to help both young girls in the U.S. through Girls Inc., and refugee families fleeing Ukraine, that are mostly composed of women and children.

Porsche has already donated for the latter case, but that does not stop the company from providing its share of help. Last week, Porsche donated a million euros to provide emergency aid to people affected by the war that is taking place in the Eastern European country. 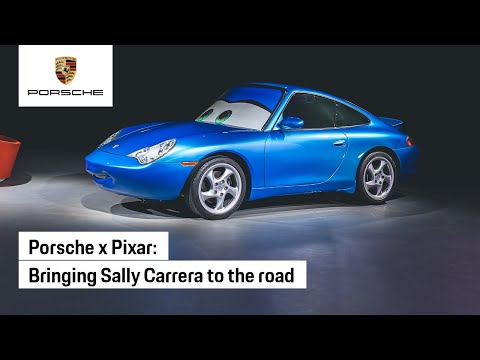