Porsche Cayenne Targa Is Half Luxury Crossover SUV Half 911 Sports Car, All Fake

With development driver Lars Kern behind the wheel and fitted with the new Performance Kit and the Porsche Dynamic Chassis Control (PDCC), the Taycan Turbo S completed the 20.8-kilometer (12.9-mile) long version of the German racetrack in just 7 minutes and 33.3 seconds.

“We’re delighted that the Nurburgring record for electric cars is back in Porsche hands,” said the Model Line Taycan Vice President, Kevin Giek. “This lap time not only shows how much potential lies in our new performance kit, but also confirms once again the sports car genes of the Taycan.”

The record was verified by a notary and confirmed that the car in question was a standard production model by TUV Rheinland. But it wasn’t bone stock, you see, because aside from the aforementioned upgrades, it also featured a roll cage and racing seats to keep the driver safe in case something went wrong.

As for the new Performance Kit, it brings 21-inch RS-Spyder wheels, with street-legal Pirelli P Zero Corsa tires wrapped around them, which are now available as an option for the Taycan, and have a compound similar to racing tires. Working in concert with the new rubber is the Porsche 4D Chassis Control, a system that analyzes and synchronizes the chassis elements in real-time, thus making the Taycan Turbo S even faster.

Offered through Porsche Tequipment, the Performance Kit can only be had in Germany at the time and is limited to the 2023 Taycan Turbo S. It should become available from the end of the year and will be retrofitted in the brand’s workshops in Zuffenhausen. Pricing is set at €13,377.32 (equal to $13,662), and it includes tax and transport to and from the factory. Since this is an OEM option, the manufacturer’s warranty will not be affected. 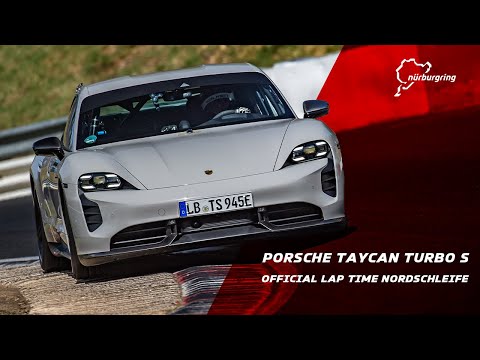