1 Porsche Gets Into the Space Race, Backing Isar Aerospace

Porsche’s new 911 GT2 RS Clubsport 25 is a rare sight, designed exclusively for the track. Only 30 cars rolled out of the factory, in a limited edition meant to celebrate the 25th anniversary of Manthey-Racing.
7 photos

This limited edition Clubsport 25 borrows from all your familiar Porsche circuit racing cars, benefiting from 25 years of motor racing experience gained by Porsche Motorsport and Manthey. In terms of coloring, it is inspired by Manthey’s Grello (the 911 GT3 R), with its green and yellow livery that highlight certain areas of the car. According to Porsche, the design, technology, and aerodynamics of the 911 GT2 RS Clubsport 25 are meant to also bridge the gap between the 991 and 992 model generations of the 911.

One defining feature of this special edition model is the radiator, now repositioned in the center, which comes with certain benefits. It does a better job protecting against collision damage, and its optimal airflow keeps stable the engine's temperature, at different speed ranges.

The main racing headlights with their four-stripe design are also defining for this anniversary edition. They have been improved to perfectly illuminate the track. Porsche also integrated the indicators, to save space.

Porsche and Manthey’s 911 GT2 RS Clubsport 25 is powered by a 3.8-liter flat-six twin-turbo engine producing 515 kW. With a seven-speed Porsche dual-clutch gearbox, the Clubsport 25 transfers power to the rear wheels.

You can see a lot of touches specific to the modern 935 as well, including the electronic control systems, steering gear, and the 18-inch rims with central locking.

The new Clubsport has a closed underbody and features a redesigned front lid.

They also made a lot of changes to the rear, with new side plates and swan-neck support brackets on the rear wing, new ventilation openings in the rear lid, below the rear window, and an improved design of the functional diffuser.

All in all, Porsche and Manthey boast of their limited-edition 911 GT2 RS Clubsport 25, a perfect example of engineering skill that makes no compromise. It is meticulously designed, flexible, straightforward and all its modifications aim to prioritize technological functions. 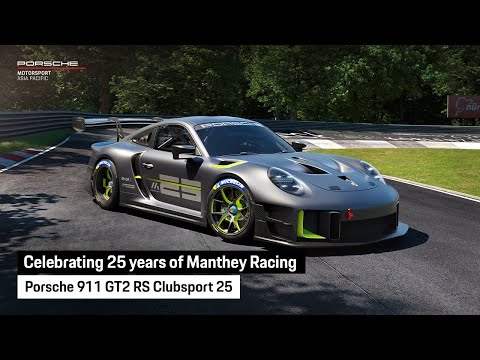