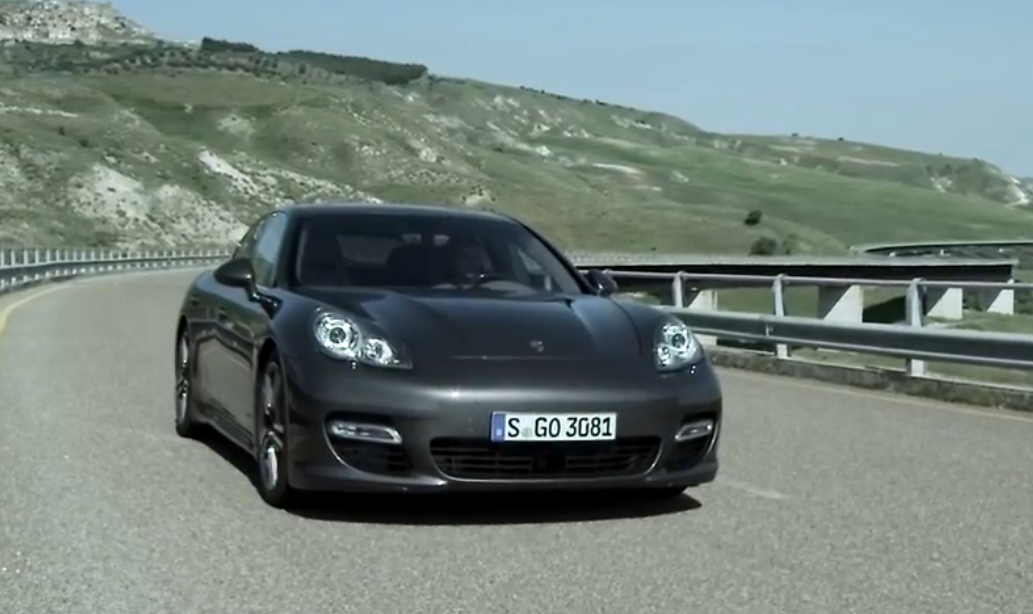 Porsche has released a new video to highlight all the sporty credentials of the new range-topping Panamera Turbo S, a model that manages to impress with the proper engine noise and a bit of drama that looks like it’s been pulled out of a Michael Bay movie.

Let’s start with the best part of the car - the engine, which is a 4.8 liter, V8 unit that achieves a maximum output of 550 horsepower (up 10 percent from the 500 horsepower delivered by the Panamera Turbo). The torque is also increased over the Turbo from 516 lb-ft (700 Nm) to 553 lb-ft. (750 Nm). In the "Sport" and "Sport Plus" mode of the standard Sport Chrono Package Turbo, the overboost function can temporarily generate additional torque with a peak rating of 590 lb-ft (800 Nm).

The boost was achieved by means of new titanium-aluminum turbines for the bi-turbo system and an optimized engine management.

Porsche began deliveries of the Panamera Turbo S last month, and we’d mention it costs a staggering €167,076, including VAT, in Germany, but we won’t because we like it so much.