Not long after the introduction of the coupe and cabriolet versions of the 911 (992), the Targa is here to join the lineup. Design-wise, it shares the changes recently made to the 911 family, but also adds throwbacks to the original Targa from 1965, including a movable roof section, wide roll hoop, and a wraparound rear window.

Both the 4 and the 4S of the Targa are powered by the same twin turbocharged 3.0-liter six cylinder engine, linked to an eight-speed dual-clutch transmission and the Porsche all-wheel-drive system. In both cases, there’s a bit more power squeezed out of the powerplant than ever before.

The 4S can be had with a brand new seven-speed manual transmission as well, the one announced recently for the 911 Carrera, in which case the Sport Chrono package is included.

The story of the new Targa line is not over, as Porsche still has an ace up its sleeve: in about one month’s time, a special edition of the car should be revealed, adding even more flavor to the range.

Prices and market availability for the new models have not yet been announced. 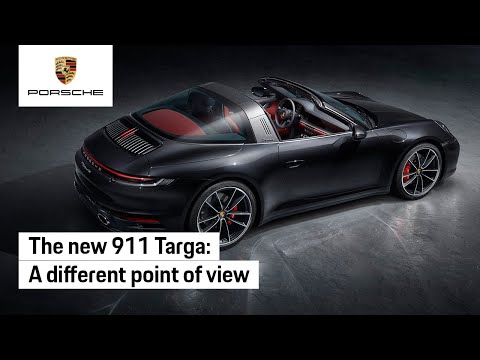