Porsche Cayenne S Hybrid to Make US Debut at the NYIAS 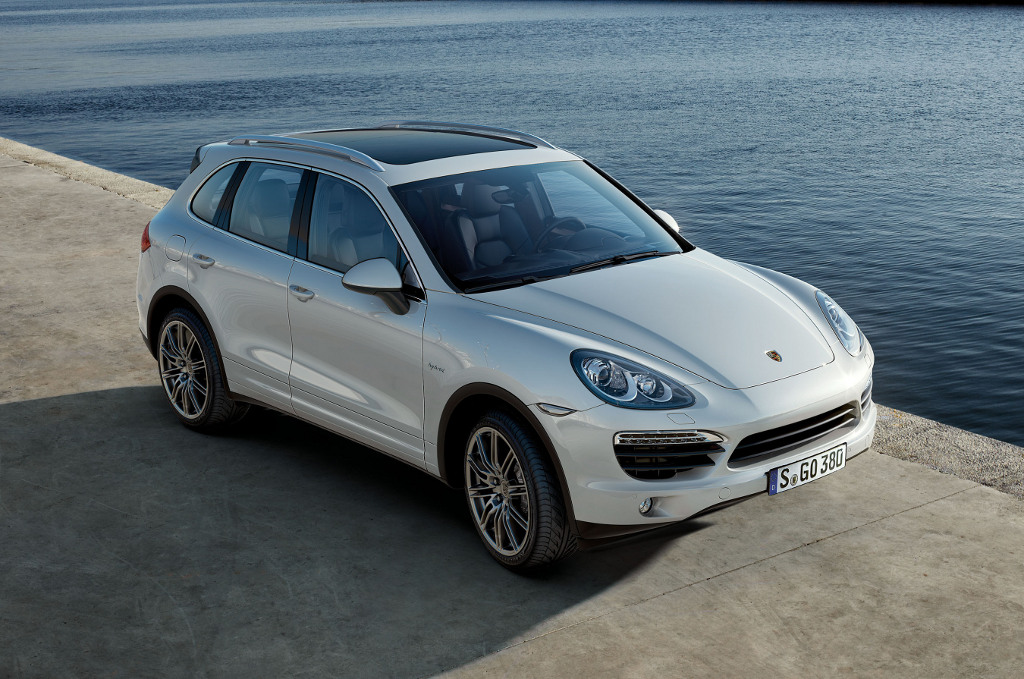 Porsche Cars North America announced yesterday it will bring the hybrid gas-electric version of the next-generation Cayenne on March 31, to be introduced at the upcoming New York International Automobile Show (NYIAS).

Like all the other models in the new Cayenne range, the hybrid model will comply with the Porsche Intelligent Performance philosophy, the evolution of vehicles sportier than their predecessors, yet more fuel and emissions efficient.

The new Cayenne S Hybrid is fitted with a supercharged 3.0-liter V6 combustion engine and an electric motor, delivering a combined power output of 380 horsepower. The SUV’s two drive units are connected by a decoupling clutch, while the V6 engine is mated to a new eight-speed Tiptronic S automatic transmission.

As is the case with many hybrids, Porche’s SUV is also capable of going on short distances on electric power alone.

"Porsche Intelligent Performance philosophy is more than a slogan.  It is nothing less than Porsche keeping pace with the modern automotive landscape by dramatically lowering emissions, becoming greener and saving fuel," Detlev von Platen, Porsche Cars North America President and CEO, said in a release.

"We will we accomplish this through technology and innovative ideas, just as we have throughout our history, and show that Porsche's high performance and efficiency are not contradictory terms," continued von Platen.

The S and Turbo models go on sale in July, with the Cayenne and Cayenne S Hybrid in dealer showrooms this fall. Pricing to be announced closer to the market launch.