5 Spy Photos: 2020 Porsche Cayenne Coupe is Elegant With a Dash of Sportiness
Car video reviews:
Up Next

Porsche is not the kind of company to try and fill every niche imaginable, but it does know when it's seen a good thing. And that thing is the SUV-Coupe combo, also known as the Sports Activity Coupe.
5 photos

BMW pioneered the segment with the X6. And after being salty for a while, Mercedes-Benz also came up with the much-criticized GLE Coupe. Then there's the off-beat Audi Q8, to which this is related. Yes, the Porsche Cayenne Coupe shares its platform with other VW Group brands, but we don't think that's a bad thing.

We find that the Cayenne Coupe has a very similar-looking roof to the Audi Q8. Both forgo the hunched design we see on the BMW and Mercedes in favor of a softly raked roof and an inclined rear hatch. Of course, the Porsche has fewer edges in a bit to look more like its sports car brothers, such as the iconic 911.

These latest spy videos show the Cayenne Coupe prototype testing almost without camouflage. The only bit that's covered up are the taillights. Of course, we would like to see them, but it's clear they will look similar to the Panamera's. As the prototype is being driven through rural German towns, it's following an Alfa Romeo Stelvio.

We also want to point out that Porsche kept the load lip quite low, so the cargo area could be more practical than that of the next-generation GLE Coupe, which we've often shown you in the past few months. Porsche is known for his super-fast road and track cars, but this prototype is configured with a more average engine setup.

Based on the exhaust, we think this is the base setup with a 3-liter V6 making 340 horsepower. At about 2 tons, this would also be the lightest Cayenne Coupe, and it should do the 0 to 100 km/h (62 mph) sprint in around 6.2 seconds. 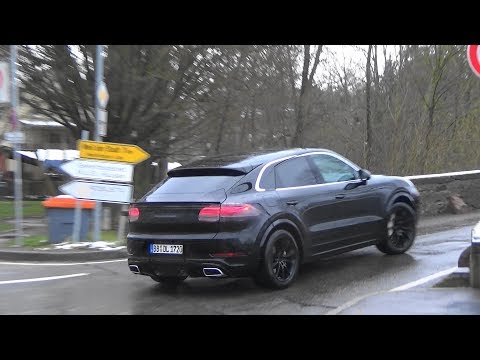 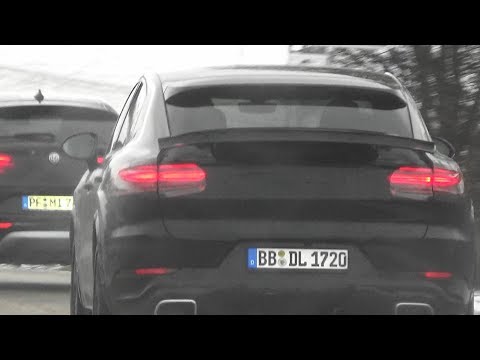