1 BASE-Jumping on Bikes and Plane Stunts Are Fun But Expensive, Tom Cruise Has Learned

If it feels like we’ve been waiting forever for the sequel to the 1986 movie Top Gun with Tom Cruise, it’s because, in a way, we have. The long-gestating project should have come out in 2019 but has been delayed several times already due to the ongoing health crisis.
9 photos

Hopefully, this one will stick: Top Gun: Maverick is now gunning for a May 2022 release date, and both Paramount Pictures and partner/sponsor Porsche are confident it will happen. In fact, they are so confident that they put together a 30-second teaser for the film, which boldly announces “Porsche and Top Gun, together again.”

The teaser ran this weekend during Super Bowl LVI, but you will find it embedded below in full. It’s short, and it’s very fast-paced, to the point where you can’t even tell which is the footage lifted from the film and which is Porsche footage of their own cars. But the idea is very clear either way: Porsche and Tom Cruise are back at it, and they would like you to “feel the need for speed” again.

The association between the two goes back to the 1986 original film, with Charlie (Kelly McGillis) driving a gorgeous black 1958 Porsche Speedster. At least a very special silver Porsche 911 S will be making an appearance in the Maverick sequel, as shown in that last frame in the teaser, with Tom Cruise and co-star Jennifer Connelly.

Directed by Joseph Kosinski, Top Gun: Maverick picks up the story more than three decades after the events in the original movie, so Maverick is now older but not particularly any wiser. He’s still a test pilot, training Top Gun graduates and, according to the caption to the teaser, “facing an uncertain future and confronting the ghosts of his past.” But mostly, Maverick will be doing the same kind of stuff he did in the first movie, fly planes, fight the bad guys and the system, and “feel the need for speed.” 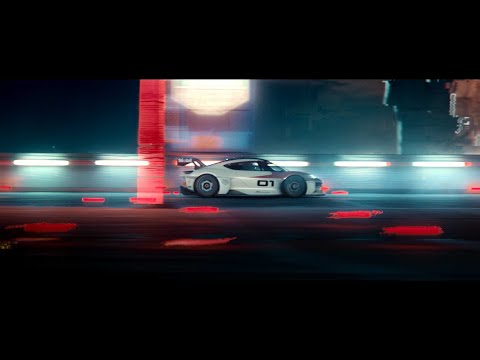