Most supercars feel at home at the racetrack, but it’s not uncommon to see them engage in the occasional drag race either. The McLaren 720S is a very good example of that, as it has scored countless victories against some truly powerful machines.
9 photos

This story isn’t about the Macca, however, but the latest generation Porsche 911 Turbo S and the Ferrari F8 Tributo. The two blue-blooded machines decided to solve their differences in a good old straight-line sprint test, which appears to have taken place last fall.

Nonetheless, the video just made its way to the world wide web, so let’s see just how big a difference is there between the Stuttgart brand’s quick model and its more exotic rival, born in Maranello, by going through the specs of both first to better understand them.

That doesn’t seem like a massive gap, but as it turns out, it was more than enough for one of them to have been declared the big winner, and if you paid attention to the title, you know which one was quicker. But how big was the gap? The answer lies just one mouse-click away. 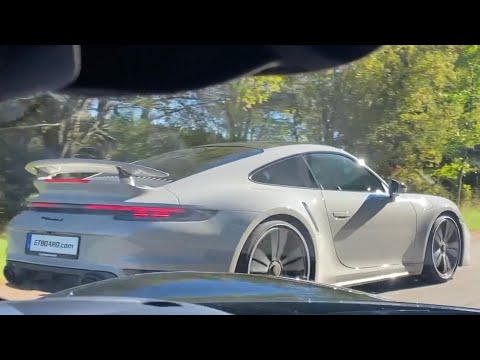