1 Promotive Takes the Porsche 911 Turbo to the Dark Side 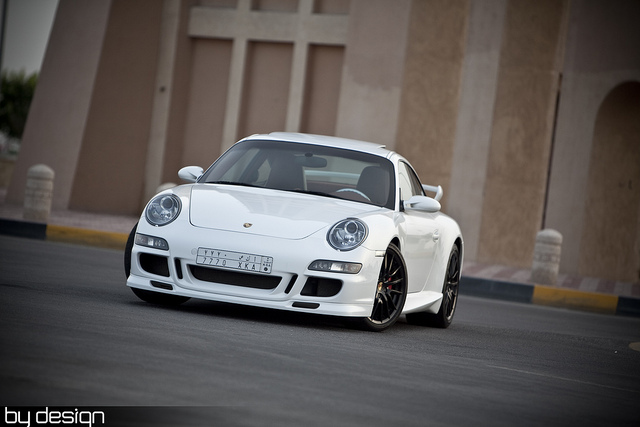 The Porsche 911 is a vehicle that manages to impress at many levels. First of all, you’ve got to love the car for its stubbornness to keep its engine at the back. Another admirable thing is the continuous refinement process that the vehicle goes through in order to compensate for this boldness. And there’s also the vehicle design.

We’re not praising the shape itself, as this is a subjective action. Instead we’re saying that we love the fact that this is one of the few cars that hasn’t been flooded with ultra-modern design cues, thus offering an aura of purity.

We’ve saved the best for last: the 911’s ability to deliver a top level of performance. Of course, things can be very different, depending on the version of the car. The German coupe offers something for everyone, ranging to the 911 Carrera entry level model, that could be anybody’s daily ride, to the extreme GT2 RS, the most powerful road car in Porsche’s history.

And the 911 chapter also includes another important chapter. The German coupe is one of the favorite vehicles for tuning projects. An important part of 911 owners feel an uncontrollable need to add a special touch to their ride, with the Porsche itself, together with aftermarket developers offering a virtually infinite list of possibilities.

Today, we are presenting you one example of the 997 generation Carrera S (we know, not the most extreme incarnation of the 911), which has received a little bit of attention and now comes with a distinct appearance.

The owner has been paying attention to Porsche’s special accessories, fitting his vehicle with a factory aerodynamic kit, as well as with factory sport design wheels that come in a black finish. The final touch was added through the installation of new side skirts coming from Techart.