5 This Kawasaki ZRX1100 Was Subjected to a Radical Makeover
Car video reviews:
Up Next

Anyone who has ever driven a 718 Cayman knows the entry-level coupe from Porsche is just as much of a thrill-provider as its larger sibling, the 911.
10 photos

Some might even argue that it's even better, though that impression could be skewed by the fact it can cost significantly less than the 911, and people can confuse a better buy with a better car overall. Whatever the case, it's clear the Cayman is up there in terms of driver involvement, and that's more than you can say about most modern offerings.

Of course, the GT4 version takes that to an even higher level thanks to its 4.0-liter naturally aspirated flat-six generating 420 PS (414 hp) and 310 lb-ft (420 Nm) of maximum torque. It's the same engine in the GTS version, except here it makes 20 hp more. The GT4 also keeps the six-speed manual transmission in the GTS, and it would have been a shame if it didn't. However, one area where the GT4 doesn't excel is the sound.

A flat-six, particularly one with this displacement, will never sound bad, but you do feel as though the stock exhaust isn't helping it fulfill its entire potential. Enter Akrapovič, the Slovenian exhaust specialist that has come up with a lightweight all-titanium system to boost the sporty coupe's presence significantly, not to mention the driver's enjoyment as they rev the engine up or they downshift in preparation for the next turn.

According to the manufacturer, the Slip-on Race Line with Link pipe set will cut roughly 18 lbs (8.2 kg) off the vehicle's total weight while also boosting its power output by nearly 16 hp and 32 lb-ft (43 Nm) of torque. There's no word about what impact that will have on the Porsche's 0-62 mph (0-100 km/h) time of 4.4 seconds, but expect it to be positive, albeit not that impressive.

Before you start running with the cash in your hand yelling "Akrapovič" like a lunatic, you should pay attention to the little disclaimer the company has included in the video description. They say the full package "does not meet emission compliance requirements for street or highway use," which is probably why the video shows a 718 Cayman GT4 blasting down a racetrack, and not a public road. That's a shame. On the other hand, do you really think the police will be able to keep up? Just kidding, you should obviously always stop and be polite when pulled over.

Below, you'll find two videos. The first is the one released by Akrapovič to showcase the new exhaust system. The second is made by an independent party and, frankly, does a better job of selling the upgrade as it puts the OEM exhaust and the Akrapovič solution side by side, making the differences obvious. 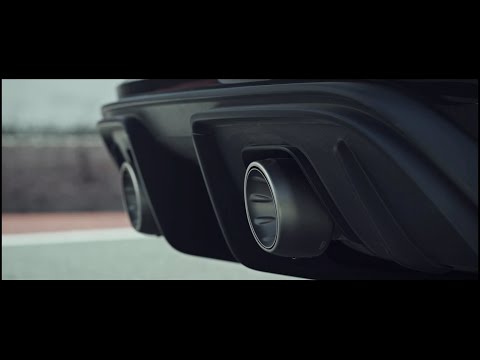 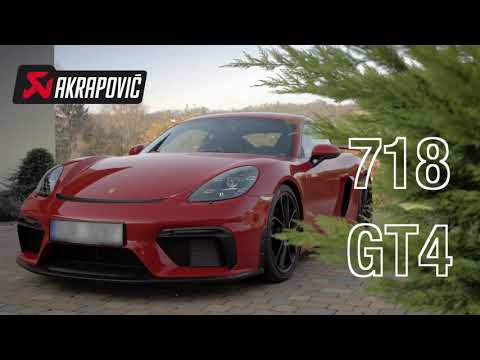