Andrei Tutu
The line between renderings and actual builds has never been thinner and we are now here to talk about the differences between a pixel portrait and the project it led to: and it's all about a Porsche 550 Spyder.
6 photos

Before we move any further, allow me to point out that this outlaw build is actually based on a replica, so nobody messed with an original Zuffenhausen toy.

Thanks to the image gallery above, you'll get to see the vision of digital artist Jonsibal, while the piece of footage below portrays the actual project.

There are many differences between the two, with some of these being more important than others. For instance, the rear deck of the actual car sees the titanium exhaust tips protruding through the body panel. However, the rendering shows the said pieces as if they were individual throttle bodies.

Then again, the real deal wouldn't need ITBs, since such hardware is useful on naturally aspirated machines - the machine is animated by a Subaru 2.0-liter motor, so yes, purists will be antagonized. Then again, things might've been even more serious if this had been an original Porsche engine. The turbocharged boxer delivers 350 hp on pump gas, while churning out 400 ponies when sipping E85.

Factor in the fact that we're talking about a scale-friendly contraption (think: 1,500 lbs) and you end up with an uber-quick devil.

The tube chassis is also custom, with the sheer polishing operation having taken two days to complete. And while we're talking time units, you should know this build was completed in just four months. And if you're familiar with this toy, it's probably because it debuted back in November 2019, at the SEMA show.

PS: Stick around to the final part of the 11-minute clip to see why such machines require special dedication to build and own and I'm talking practicality here. 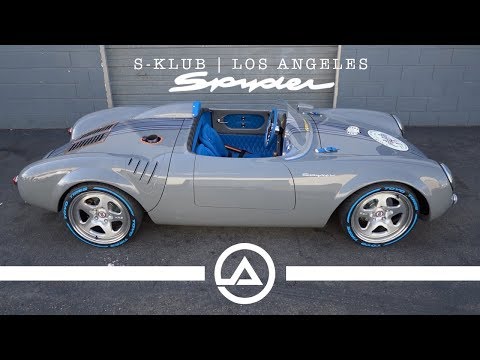