Pop.Up Next Is What Happens When Audi and Airbus Have a Baby

Home > News > Concept Car
Daniel Patrascu
A love affair between automaker Audi and airplane manufacturer Airbus spawned another child at the 2018 Geneva Motor Show, one brought to the world through the care of vehicle development provider Italdesign.
12 photos

Called Pop.Up Next, this child of theirs is a concept of a means of transport for a very distant future, when people will be too lazy to drive themselves, and the streets too crowded to be practical.

The Pop.Up Next comprises an ultra-light, two-seater passenger cabin, which can be attached either to a car module (provided by Audi) or to a flight module (manufactured by Airbus). Both modules are entirely electric and autonomous.

The interior of the cabin boasts a TV-like 49-inch screen which relays information back to the passengers. The autonomous system uses speech and face recognition to allow humans to control it. Additional control can be achieved via eye-tracking technology and touching the screen.

The Pop.Up Next presented in Geneva is, if you like, the second generation of the concept, as the first one was introduced a year ago at the same event.

“Creativity is needed where new mobility concepts for cities and people’s diverse needs are concerned,” said Bernd Martens, president of Italdesign and a member of Audi’s board.

“Italdesign is an incubator for innovative technologies and radical prototyping. Pop.Up Next is an ambitious vision that could permanently change our urban life in the future.”

The machinery presented in Geneva is just a concept, and it will probably not spawn any production version anytime soon. Pop.Up Next is also not the only vertical take-off and landing (VTOL) air vehicle we heard of in the past year.

Other companies, such as Ehang, is already testing such technologies. Ehang’s first model made its maiden flight on February 8, carrying humans. The flight autonomy for the drone is 23 minutes, and it can travel at a speed of 100 km/h (60 mph). 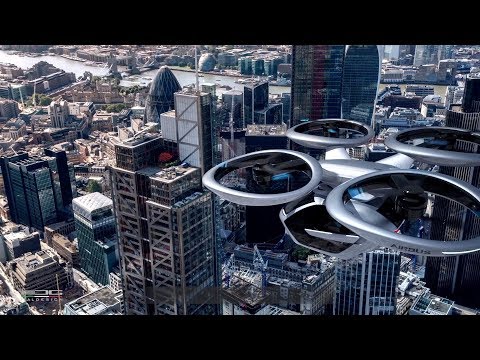