1 Driver Stocks Up on Gas, Loses Hummer in Predictable Fire

Pontiac G6 Burns Down After Rolling, Is Yet Another Warning Against Gas Hoarding

Last week’s Colonial Pipeline ransomware attack, which prompted a gasoline shortage supply across the U.S. East Coast, is another example of the worst that can happen when people panic – and panic-buy gasoline supplies that they then store and transport inappropriately.
1 photo
Colonial Pipeline is the largest in the United States, and it was shut down altogether earlier this week, following the ransomware attack. Operations have already resumed after Colonial paid off the ransom in $5 million in cryptocurrency, but short supplies at the pump are still present. Consequently, people are still panic buying gasoline, which leads us to the latest incident.

One woman traveling through Pickens County, Georgia, must have felt the pinch. At the wheel of a 2007 Pontiac G6 that had been reported stolen in South Carolina, she rolled the vehicle after a brief police chase with deputies from the Pickens County Sheriff’s Office, and caught on fire because of the gasoline she was hoarding.

The Sheriff’s Office says that the license plate on the Pontiac corresponded to a vehicle reported stolen, so deputies engaged in a pursuit. The driver of the Pontiac refused to comply and tried to escape the patrol car, but ended up rolling at an exit from the roadway. The Pontiac “immediately caught fire and multiple explosions were heard inside,” the police say.

The woman emerged from the vehicle on fire as well, but deputies were able to extinguish the flames. Before being taken away by emergency personnel, she told police she had placed several canisters of gasoline in the back of the car. They served as catalyst for the explosions.

The woman’s condition is unknown at this time, and an investigation into the incident is underway. Her accident serves as another stark reminder that gasoline should never be stored or transported in anything but special containers, and never in larger quantities than those permitted by the law (a maximum of 6 gallons / 22.7 liters in a spare container if you’re on the move).

Also this week, a Hummer burned to the ground in Florida shortly after the driver had left the gas station with several containers of supplies in the back. Before that, the United States Consumer Product Safety Commission had issued a warning against filling plastic bags with gasoline because, apparently, that’s also a thing. 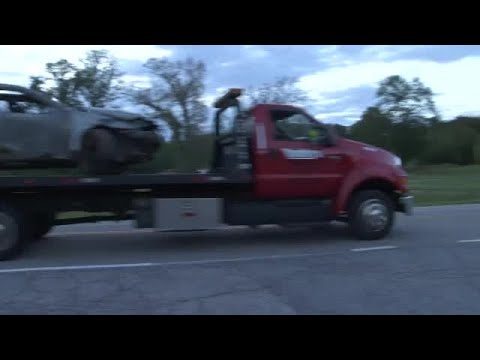