4 Another Global Recall for “Most” Polestar 2 EVs, This Time There Are Two Issues

We have seen our fair share of luxury fashion houses do crazy stunts for their latest collections presentations. We have also watched automakers promote their latest models, including EVs and imaginative concepts, in the hospitable virtual gaming environment. But this might be the very first time we get to check out the partnership between a couturier and an EV maker that results in the presentation of a “fall collection” inside a video game!
40 photos

Polestar, that Swedish-Chinese “electric performance car brand” that seeks to present itself as a great alternative to all things Tesla, has recently announced its latest collaboration with renowned premium fashion house Balenciaga.

With just about every major player in any field having to come up with interesting new ideas to promote its products through virtual releases, it’s clear the two companies had a handful in delivering something a bit more special.

If you ask us, we have no idea how they came up with the idea of a “fall collection showcase” inside a futuristic online video game, since Polestar tries to sell cars (which sometimes break down) and Balenciaga is a luxury clothing brand.

But, anyway, here it is – Polestar and Balenciaga have partnered for a new fashion collection debuting inside “Afterworld: The Age of Tomorrow,” a futuristic video game which has the action set in the year 2031. Naturally, there’s an entire roster of Polestar cars running around the virtual streets depicted in the game.

Because Polestar doesn’t actually have too many models – just the Polestar 1 and 2 – the company also deployed the futuristic vehicles designed by its fan community for the recently concluded Polestar Design Contest. As such, the brand has populated the imaginary city with its own Precept concept, as well as virtual prototypes created by various designers.

By the way, aside from its newfound interest in the virtual world, Polestar is also working on its expansion in the much less interesting realm of the real world. The company recently announced it’s almost ready to expand across three new markets - Denmark, Finland, and Austria - starting next year. 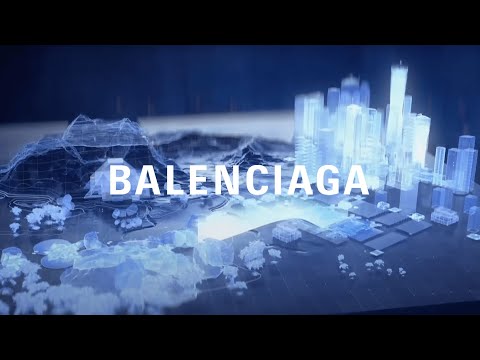